Home About Specialist Advisory Board 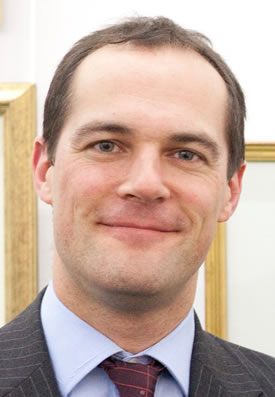 Robert has been Head of Collections and Deputy Director of the Barber Institute of Fine Arts at the University of Birmingham since 2010. He previously held curatorial positions at Glasgow Museums (2003-10) and the Wallace Collection, London (1991-2003), where he co-founded the international French Bronze Study Group and published the first book in English devoted to the subject. He was a member of the editorial team for the Sculpture Journal, 2000-10, and thereafter of the editorial board. Robert is a trustee of the PSSA. 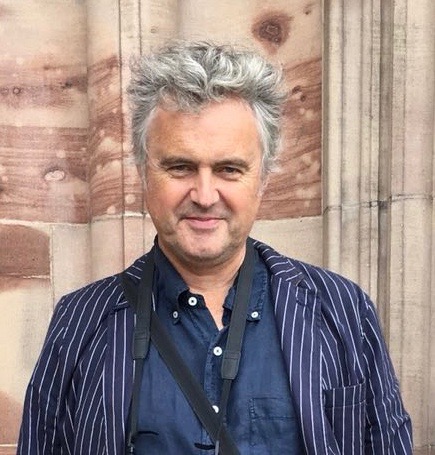 Roger studied History of Art at Cambridge and completed his PhD there in 1991, on death-related 17th century church monuments. He joined English Heritage in 1989 as a historian in the London Region and rose to become Director of Listing in 2011 and a member of the Historic England executive team on its creation in 2015. Since 2019, he has worked as a partner at Montagu Evans, advising on heritage issues. A Commissioner of the Royal Hospital, he sits on the London Diocescan Advisory Committee (DAC) and is a trustee of the War Memorials Trust. He has written extensively on monuments, and his short books War Memorials and Churchyards were published in 2019. He is currently working on a book with Brent Elliott on British Cemeteries. Roger is married, with university age children and lives in North London.  Roger is a trustee of the PSSA. 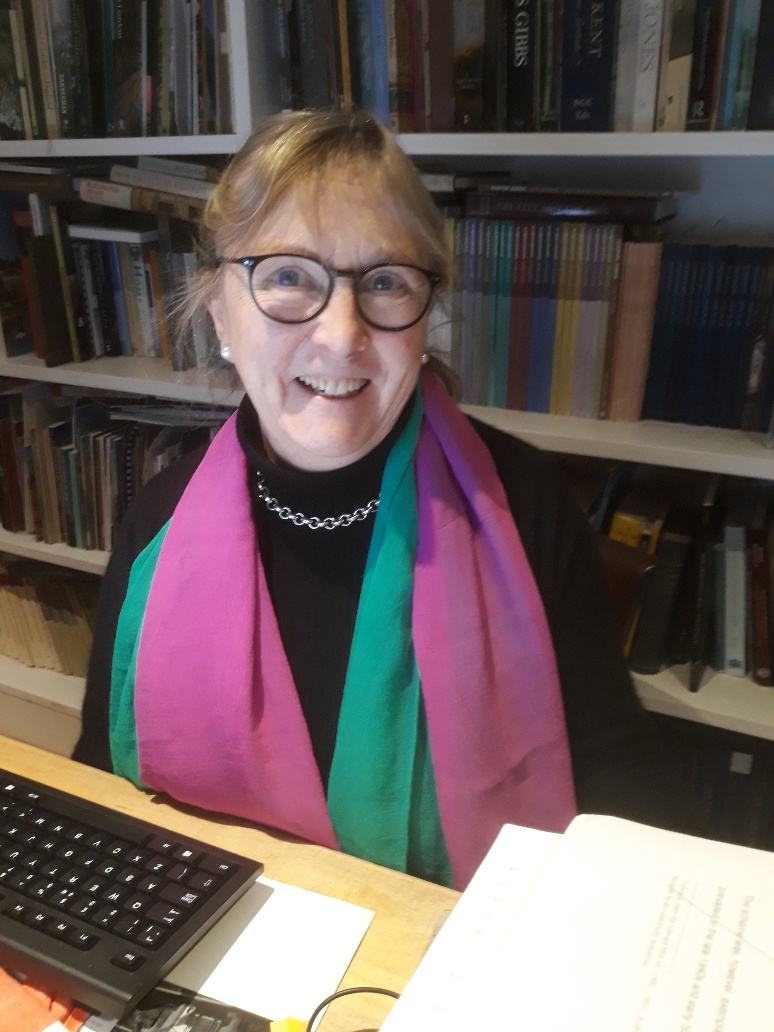 With MAs in Medieval History (St Andrews) and the History of Art (Courtauld Institute), Kate was trained as a Museums Association Student at the Victoria and Albert Museum (1976-8). There followed a thirty-five year career in local authority, university and national museums and art galleries, always with a sculptural bias. Numerous exhibitions include 'Michael Rysbrack, Sculptor 1694-1770', 'Let’s Not Be Stupid - Richard Deacon', and 'Canova: Ideal Heads'. From 2004 to 2014 she was editor of the Sculpture Journal, and in 2018 joint-editor of the Public Monuments and Sculpture Association’s Sculpting Art History, Essays in Memory of Benedict Read. She has been a member of the Royal Mint Advisory Committee and Arts Council England’s Acceptance-in-lieu Panel. Kate continues to work with many public bodies, among them Art UK’s ‘Your Sculpture’. She writes widely on sculpture and its contexts, from Britannia: Icon on the Coin (Royal Mint, 2016) to Lawrence Bradshaw's Karl Marx Memorial for the Henry Moore Institute/Whitechapel Art Gallery (2016). She is currently writing a monograph on the sculptor Hew Lorimer RSA (1907-1993). 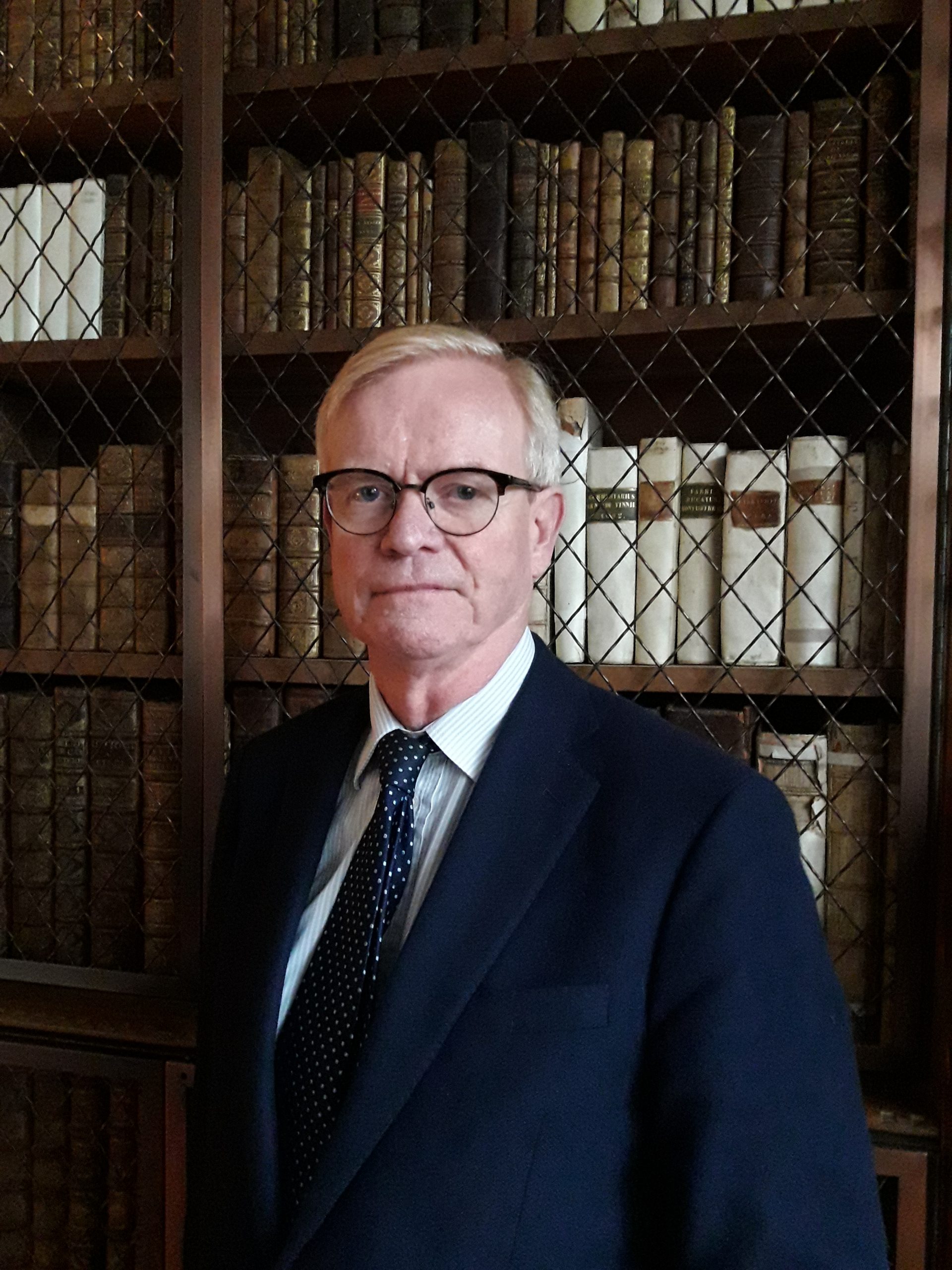 Christopher is Chairman of the Furniture History Society and a member of the Reviewing Committee on the Export of Works of Art and Objects of Cultural Interest (RCEWA).  He was appointed to the curatorial staff of the National Trust in 1977, working first in the West Midlands and Wales before moving to the South-East of England in 1986. He was co-curator of the exhibition Turner at Petworth in 2002, held in partnership with Tate, and was co-author of the exhibition catalogue. He was the National Trust’s Curator of Furniture (2002-21) and has published widely, with the focus on historic house collections, including furniture, paintings, picture frames and sculpture (e.g. Grinling Gibbons at Petworth). He edited and was the principal contributor to Ham House: 400 Years of Collecting and Patronage (Yale University Press, New Haven and London, 2013). His histories of the display and exhibition of art (including sculpture) were published in The Grove Dictionary of Art (1996)/ Oxford Art Online/Grove Art Online (2003). 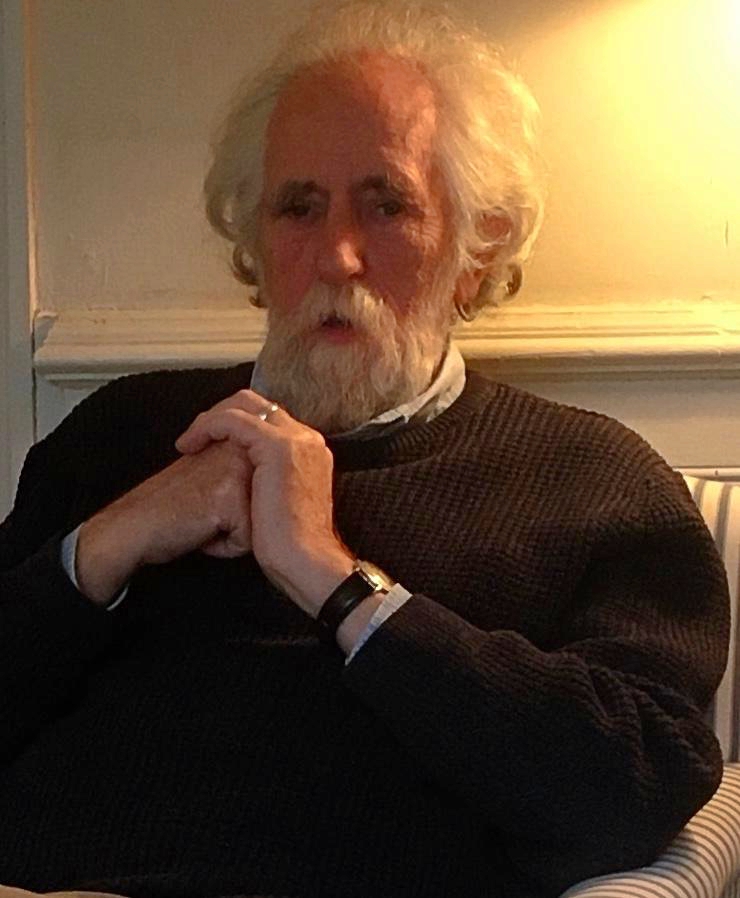 Keith studied sculpture at Newcastle and Sheffield Schools of Art, graduating with a BA (Hons).  He completed a two year post graduate course, initiated by the Council for Care of Churches to provide training for monument conservators specialising in stone and was awarded a Diploma in Conservation in 1980. He worked as a director of Ian Clayton Ltd., supervising sculpture projects such as the 13th century Annunciation Doorway in Westminster Abbey’s Chapter House and the Royal Artillery Monument by C.S. Jagger. In 1985, he founded Taylor Pearce Ltd. with the aim of delivering museum standard conservation within the commercial sector and its clients include Historic Royal Palaces; Royal Parks; the Palace of Westminster; the National Trust; English Heritage, Westminster Abbey, The Tate Gallery, The Royal Collection; the V&A; the British Museum; the National Gallery and the Royal Academy. Taylor Pearce Ltd. were granted a Royal Warrant as Conservators to Her Majesty the Queen in 1996 and the workshop is accredited by the Institute of Conservation. Keith is a trustee of the PSSA. 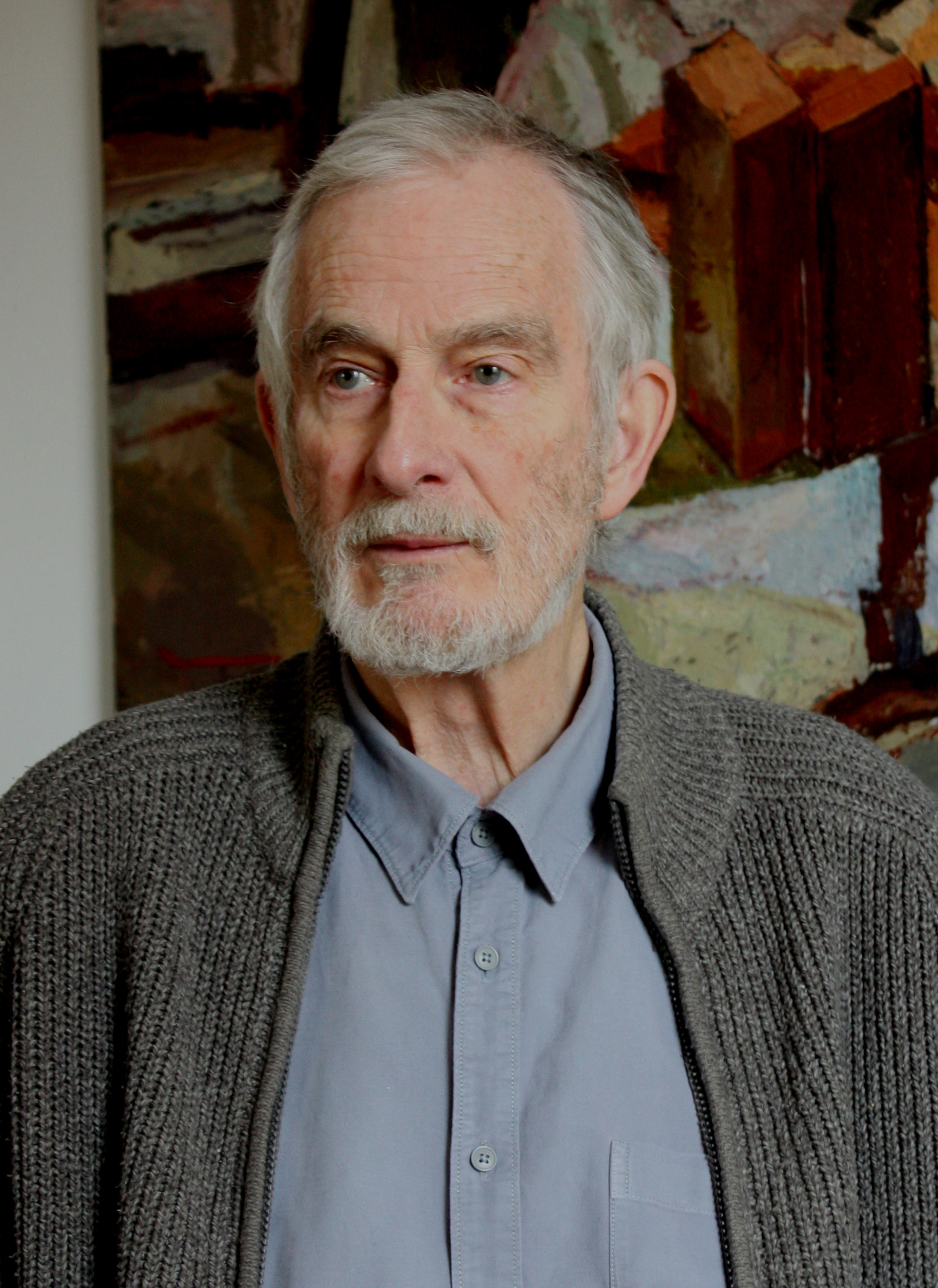 Before his retirement in 2004, Philip worked in the Conway Library of the Courtauld Institute. His PhD thesis (1970) was on J.-K. Huysmans and the Visual Arts, but in the Conway he was responsible for photographic records of sculpture (4th century BC to the present)  and architecture and design (1800 to the present). Before the Courtauld, he had studied at St Martin's School of Art, and still draws and paints. In the course of his career he developed photographic skills, which are now largely redundant in the digital age, but whose results can still be seen online (The Courtauld's Art and Architecture website). He has contributed two volumes, Public Sculpture of the City of London (2003) and Public Sculpture of Historic Westminster (2011) to the PMSA (now the PSSA)'s National Recording Project, and has written many articles chiefly on sculptors from mainland Europe working in 19th century Britain.

Jeremy is Honorary Curator of Sculpture at the Ashmolean Museum, Oxford and Sculpture Research Curator for the National Trust, and was formerly Collections and Academic Director at the Wallace Collection.   His award-winning three-volume catalogue Medieval and Renaissance sculpture in the Ashmolean Museum, Oxford (2014) was followed in 2016 with a two-volume catalogue of the Wallace Collection’s Italian Sculpture, containing important new discoveries.  His numerous other publications include an exhibition catalogue of the Peter Marino collection of Renaissance and Baroque bronzes, as well as articles on sculptors as diverse as Antico, Giovanni Bastianini, Giambologna, Niclaus Gerhaert von Leyden and Francis van Bossuit.  He also has a strong interest in the history of collections and the collecting of sculpture and decorative arts, especially in the 19th century.  He is a Corresponding Member of the Accademia delle Arti del Disegno in Florence. 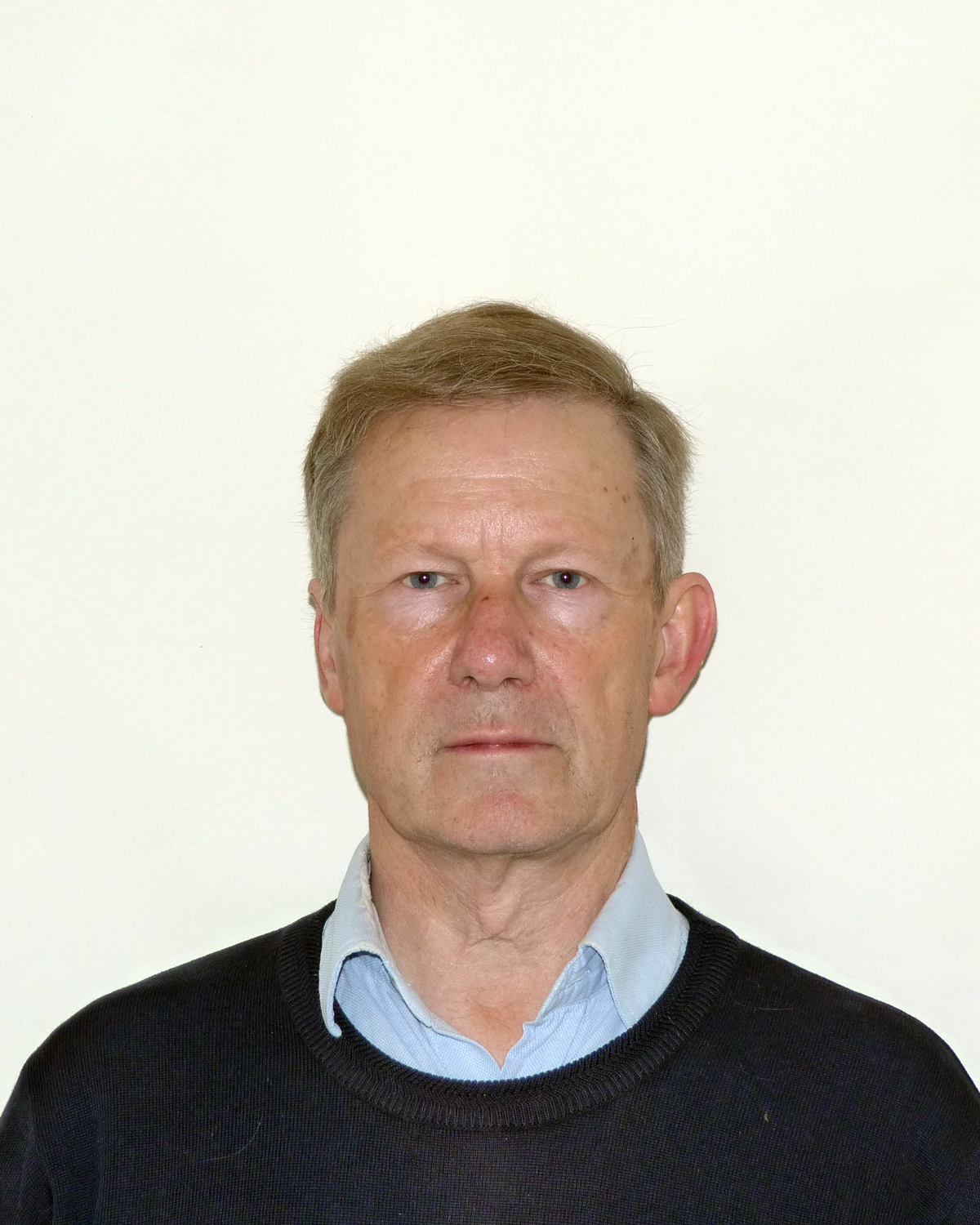 Adam is a retired museum curator with a special interest in British sculpture of the Early Modern period, a subject on which he has been working for many years. His Biographical Dictionary of London Tomb Sculptors c.1560 – c.1660 was published by the Walpole Society in 1999 with a supplement ten years later. He is currently working on Nicholas Stone the Elder (c.1587-1647), the leading English sculptor of the second quarter of the 17th century.