There are 112 statues recorded in the database. 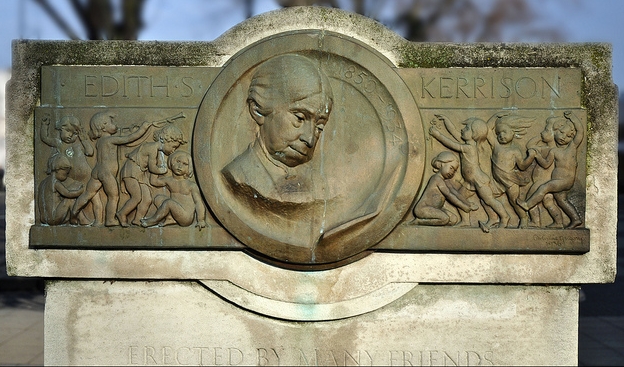 Edith S. Kerrison (1850-1934) was a nurse and then hospital matron. A member of the Executive of the Women’s Labour League, Kerrison was the first woman to serve on West Ham Council. She was later offered the mayoralty but refused the role because of her age. She championed women and children. This memorial, dated 1936, was erected in the same year and this was also somewhat bizarrely, since she was dead, the year in which she was made a honorary freeman of the borough of West Ham. The memorial comprises a bronze bas relief with her portrait medallion in the centre and young children playing on either side. The relief is mounted on a stone plinth inscribed on the front ‘ERECTED BY MANY FRIENDS IN MEMORY OF A LIFE OF SERVICE TO OTHERS’. A further inscription on the back is badly eroded. 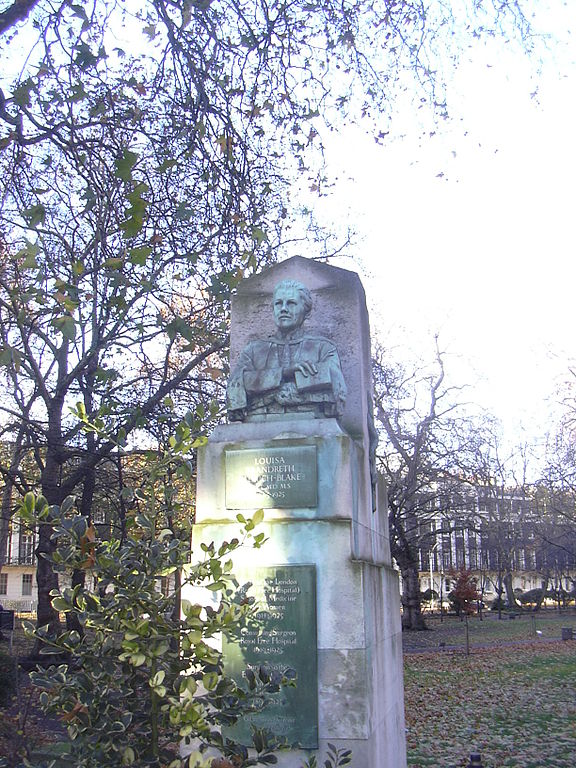 Dame Louisa Brandreth, DBE Aldrich-Blake (1865-1925) had an impressive career as Dean of the London (Royal Free) Hospital School of Medicine for Women, and as a consultant surgeon. She was also a skilled boxer and cricketer. The memorial in the south-east corner of Tavistock Square features her two portrait busts in bronze (one facing the Square, the other the road), erected 1926. 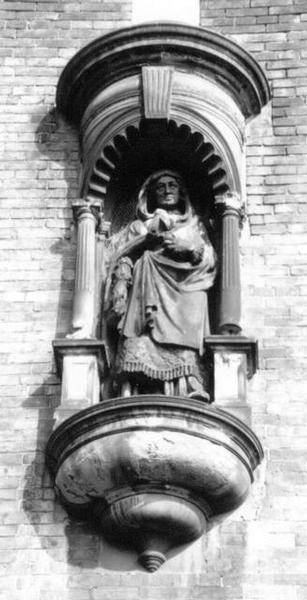 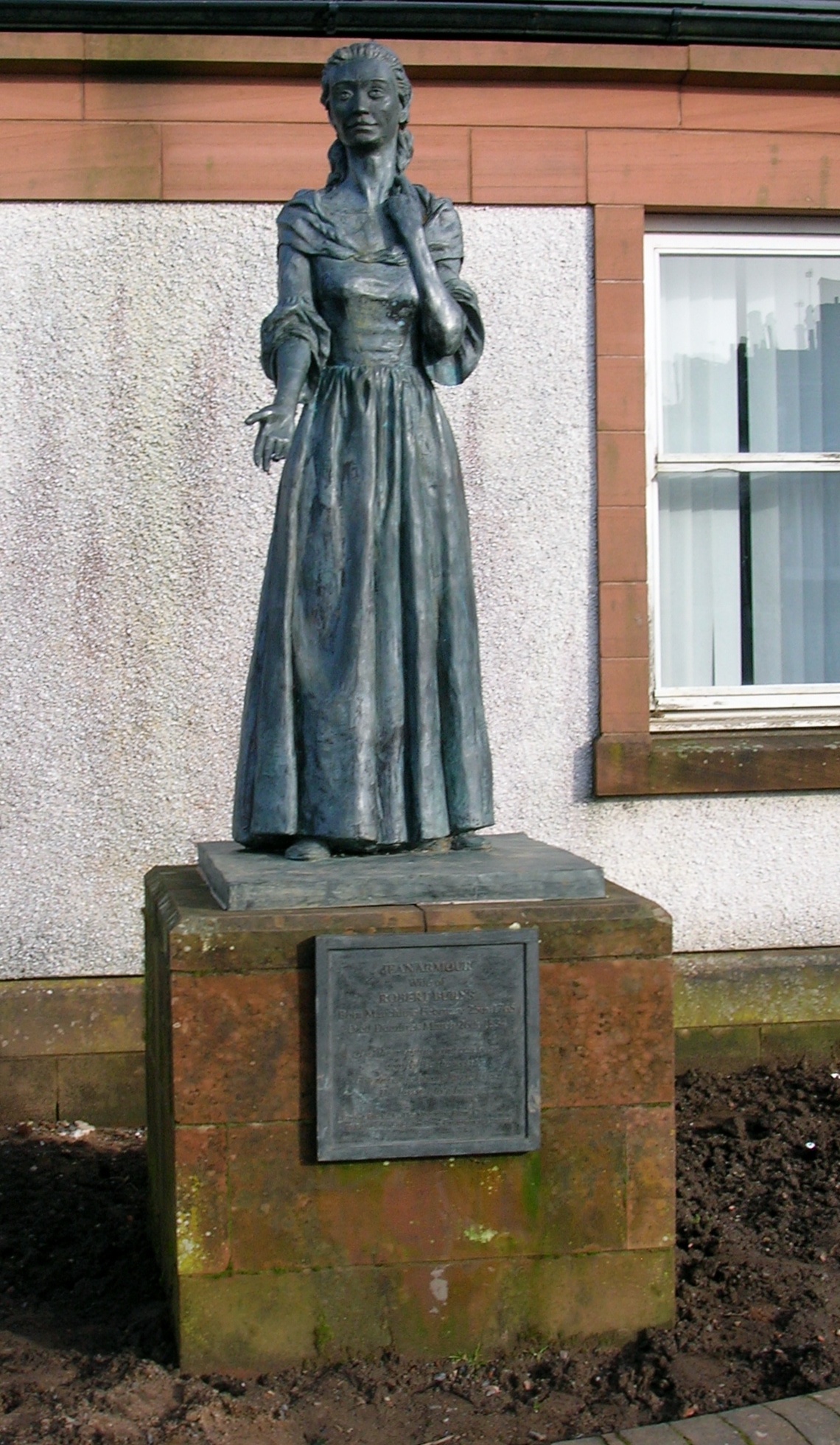 Jean Armour (1765-1834), ‘Bonnie Jean’ the wife of Robert Burns, inspired his poetry and was also known as the ‘Belle of Mauchline’. Armour was born in Mauchline and the couple were married there. This bronze statue was unveiled in 2002. 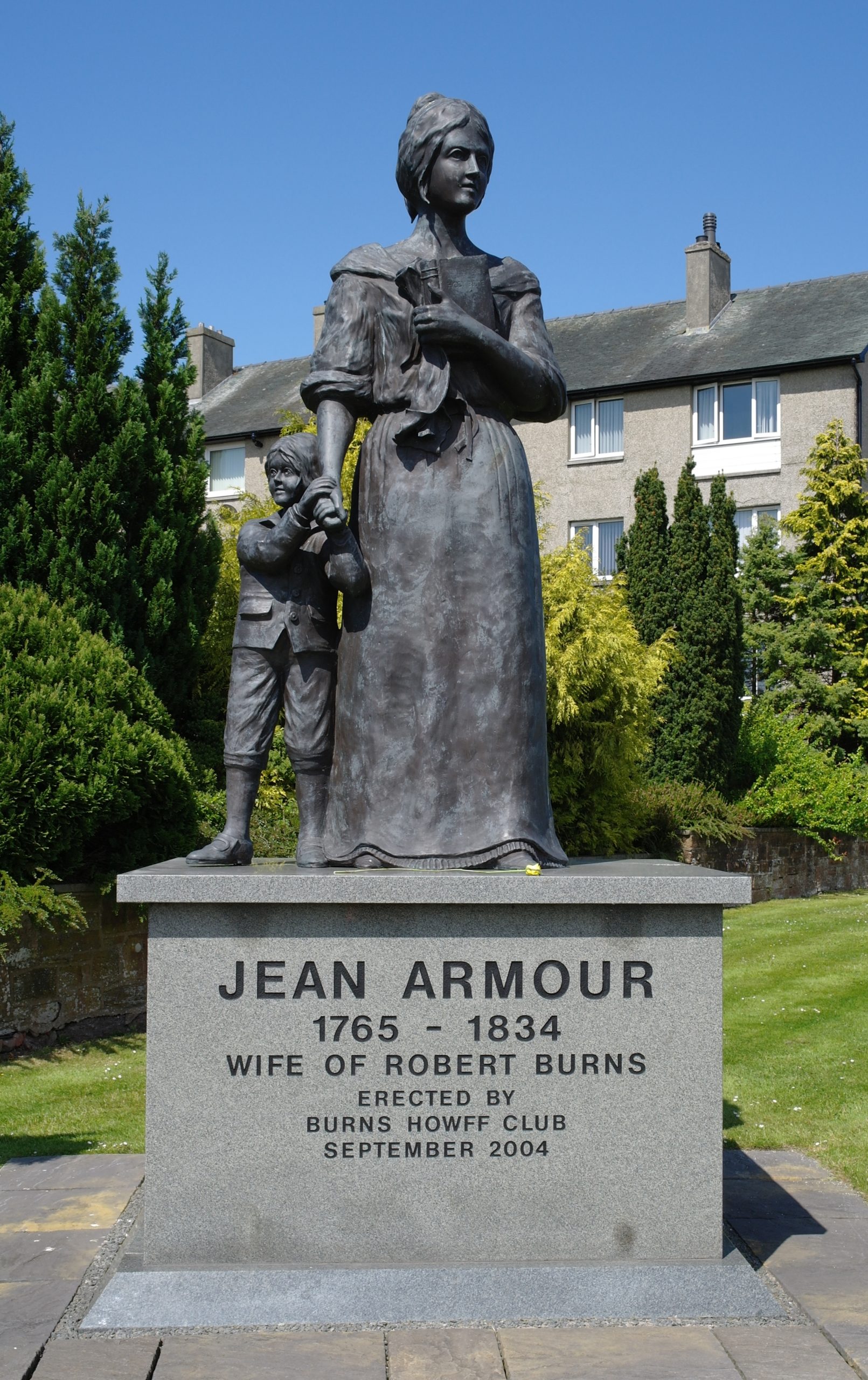 Jean Armour (1765-1834), ‘Bonnie Jean’ the wife of Robert Burns, inspired his poetry. A statue of Armour was erected by the Burns Howff Club  in 2004. The design specified  she would appear as she did in Robert Burns’ lifetime, with a bible and a small child. The couple moved to Dumfries in 1791 and spent the remainder of their lives there.

Katie Ashridge (1994-1999), Katie playing Netball is a memorial statue in bronze, commissioned by her parents. Their daughter, a schoolgirl, died tragically young. It was unveiled in November 2011. 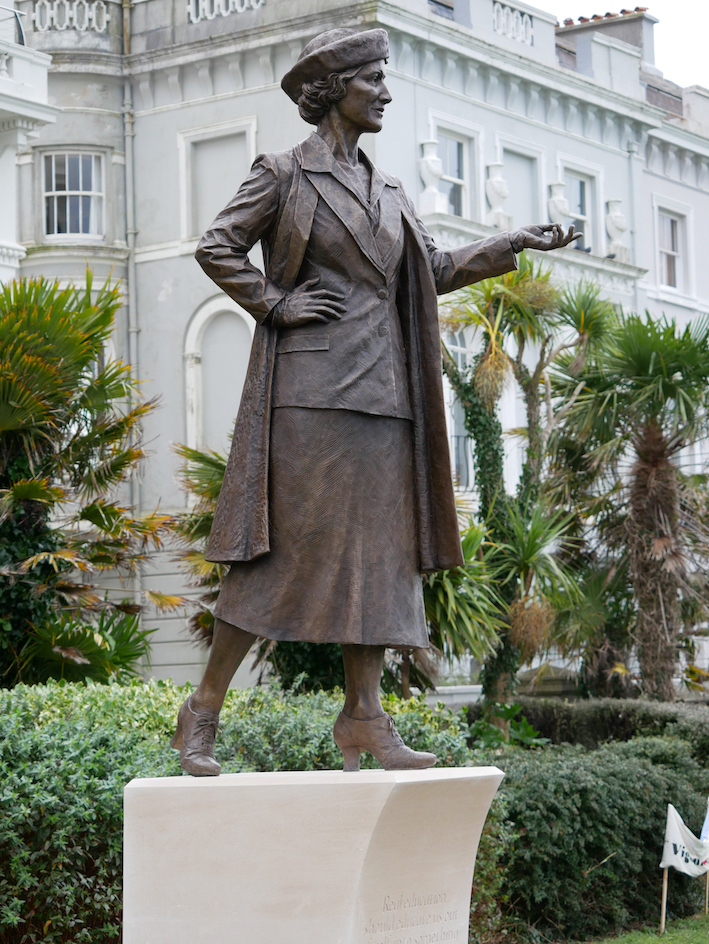 Nancy Astor CH (Viscountess) (1879-1964), an American-born British politician, who was the first woman to take her seat in Parliament, MP for Plymouth 1919-45. The statue was publicly funded and presented by Plymouth Women in Business and the Astor 100 – Project to celebrate 100 years of women in parliament. This bronze statue, which is signed and dated 2019, was unveiled in that year.

Jane Austen (1775-1817), novelist. The maquette for this statue was also cast in bronze and is at St. Nicholas Church, Chawton House, Alton, Hampshire. There are small differences between the two works. This statue was unveiled in 2017.

Jane Austen (1775-1817), novelist. A bronze statue on a Portland stone base, which was cast from the maquette for the Basingstoke sculpture, and is a slight variant of that composition. It was unveiled in 2018. 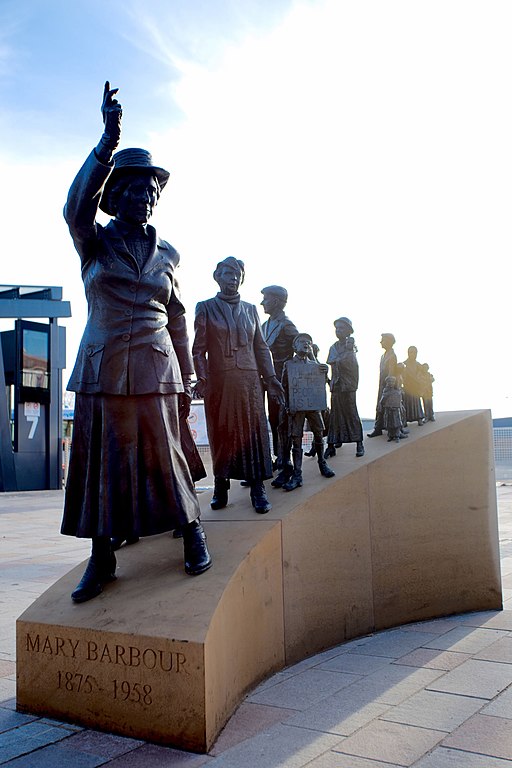 Mary Barbour (1875-1958),  Scottish activist, local councillor, bailie and magistrate.  She led strikes in the city of Glasgow when property owners put up rents in 1915. This sculpture, which was erected by the Mary Barbour Association depicts her leading the strike. It was unveiled on International Women’s Day, 8 March 2018.