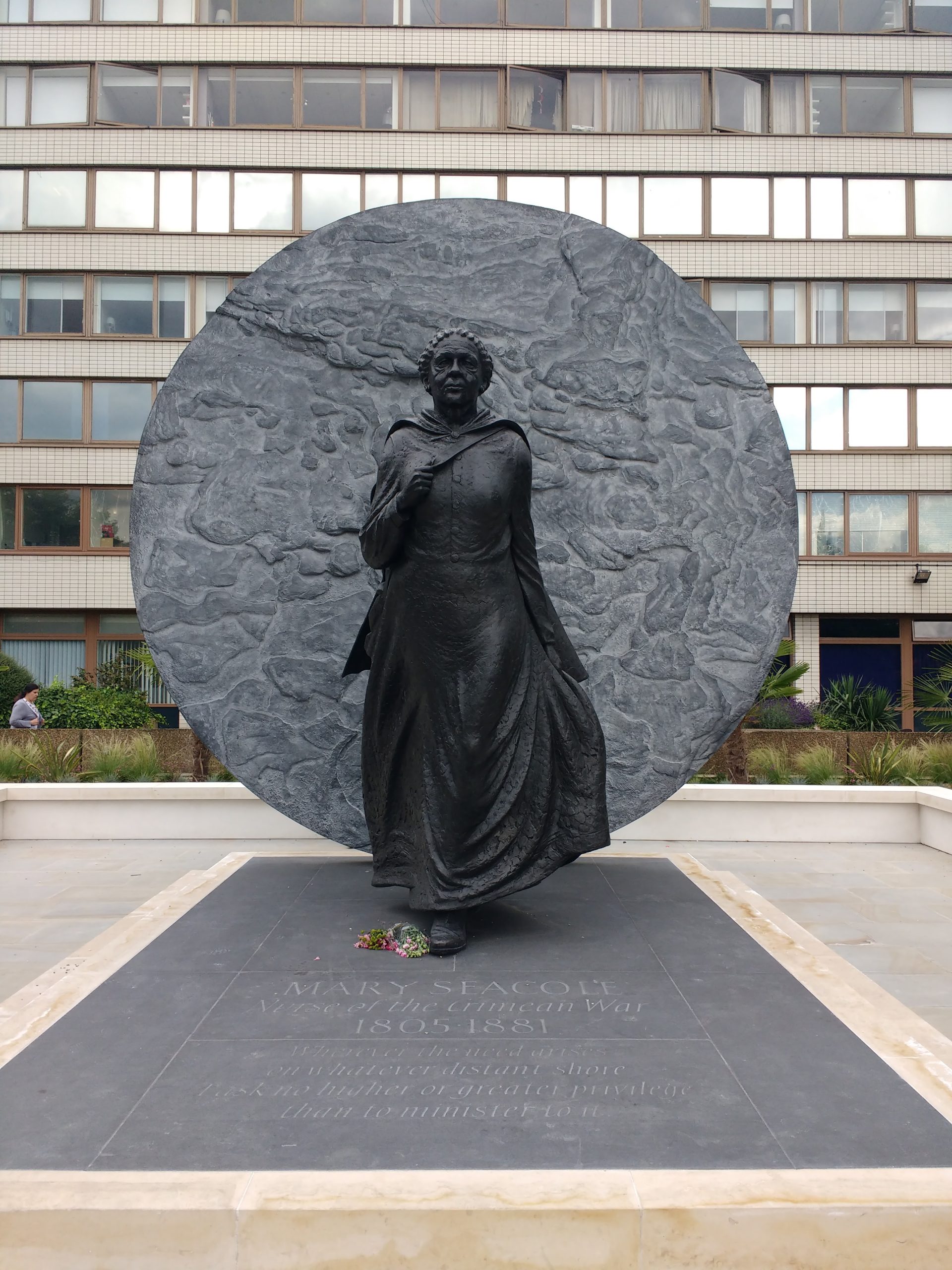 Mary Seacole (1805-1881), nurse and businesswoman.  Her bronze statue was unveiled  in 2016, the result of a 12 year campaign by the Mary Seacole Statue Appeal. It was the first in the UK to honour a named black woman. 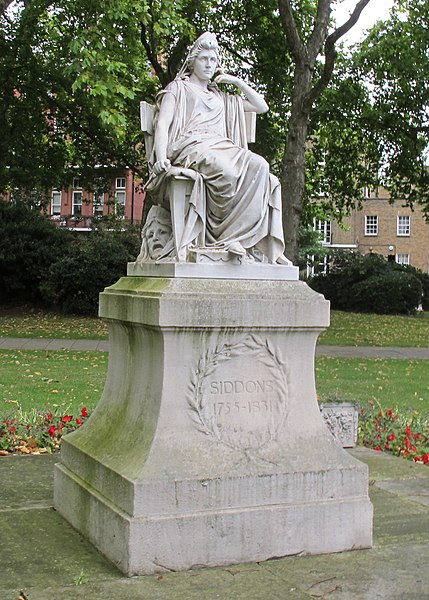 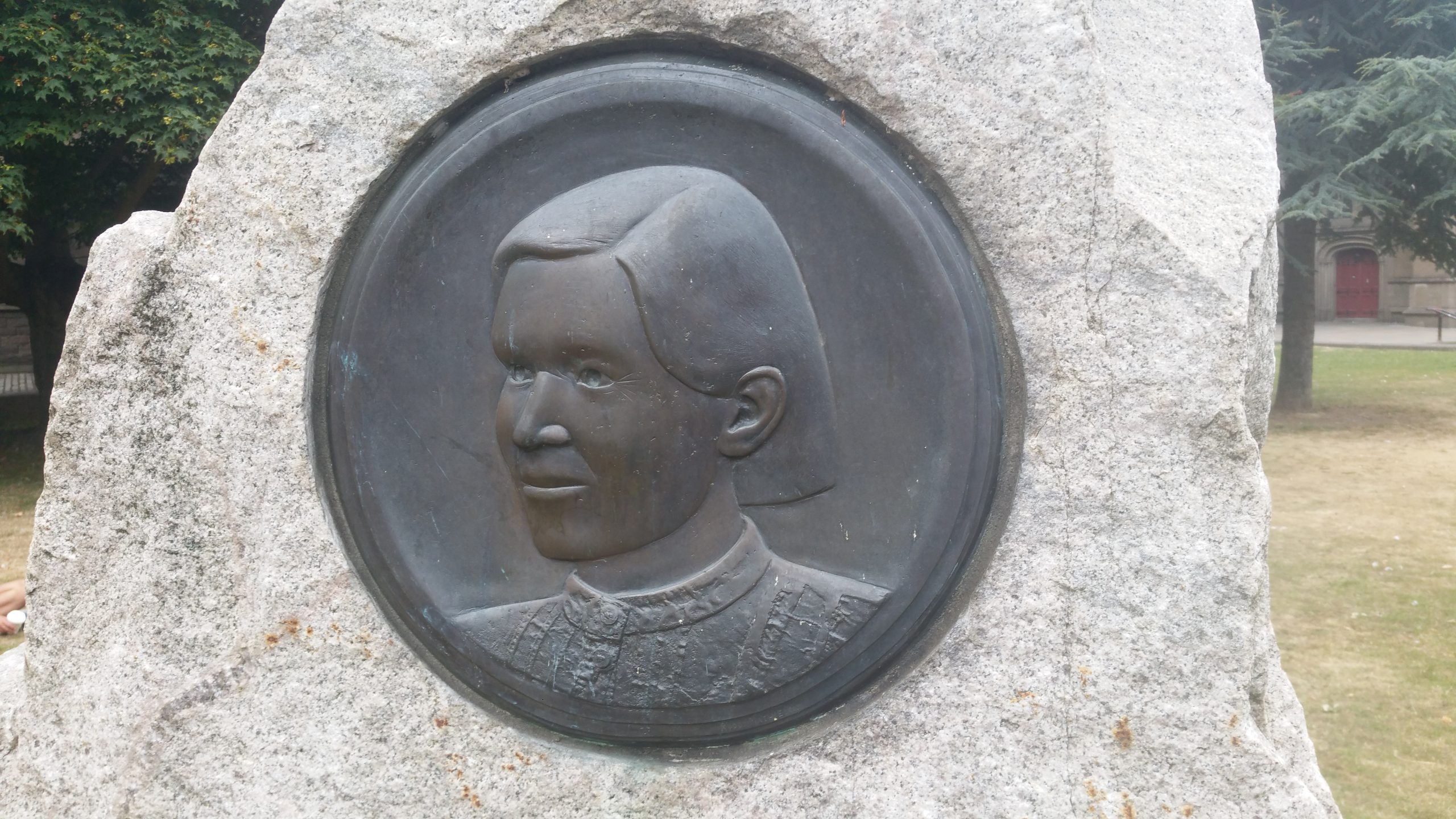 Mary Slessor (1848-1915) was born in Aberdeen and moved to Dundee as a child, where she worked in a textile mill from the age of eleven. Deeply religious, she became interested in missionary work and applied to the United Presbyterian Church’s Foreign Mission Board. After training, she travelled to Calabar in Nigeria, where she spread Christianity, promoted women’s rights, protected native children and is famous for having stopped the common practice of infanticide of twins. There is a bust of her in the Hall of Heroes at the Wallace Monument in Stirling and various statues of her in Calabar. This monument, a bronze portrait relief together with bronze plaque set into a block of Aberdeen granite, was erected in 2015. It was commissioned by the Mary Slessor Foundation with support from Dundee City Council and other donors. 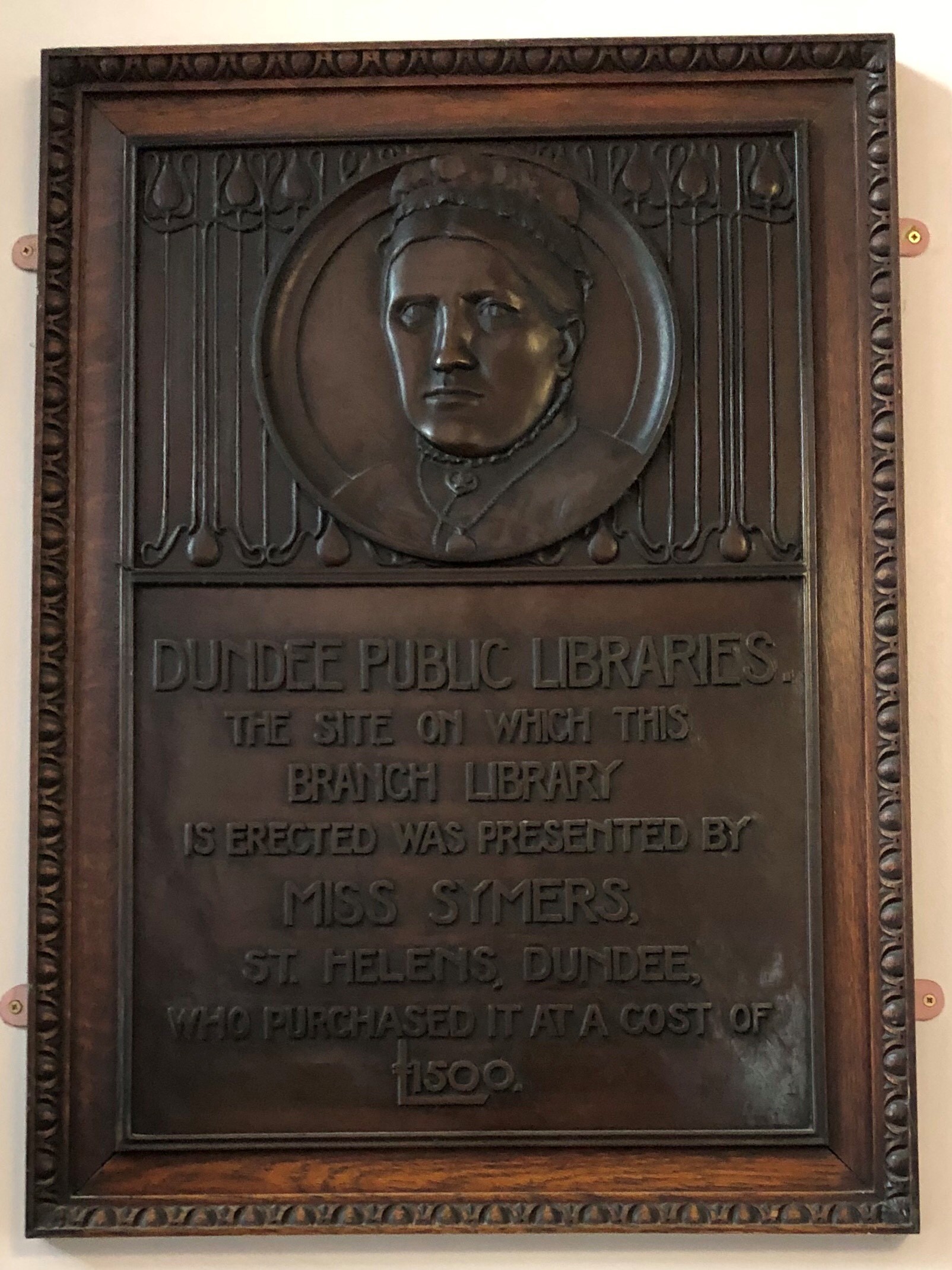 Helen Halyburton Symers (1831-1906) was a noted philanthropist in Dundee, who gave large sums to many local causes including St Paul’s United Free Church, University College Dundee, Royal Victoria Hospital, the Convalescent Home and the Salvation Army Rescue Home. She donated the site for the Arthurstone Branch Library and set up a Fund for Indigent Females with a donation of £10,000. She was also president of the Dundee Ladies’ Union, treasurer of the Female Society for Visiting & Relieving Aged Females in Distress, a member of the Industrial Schools Society and the Home for Reformation of Females. In 1899, she became only the third woman to be made a Burgess of Dundee. This bronze relief and the Arthurstone Library were designed by the Dundee architect, James Thomson. The relief is dated 1905 and it was unveiled in that year. 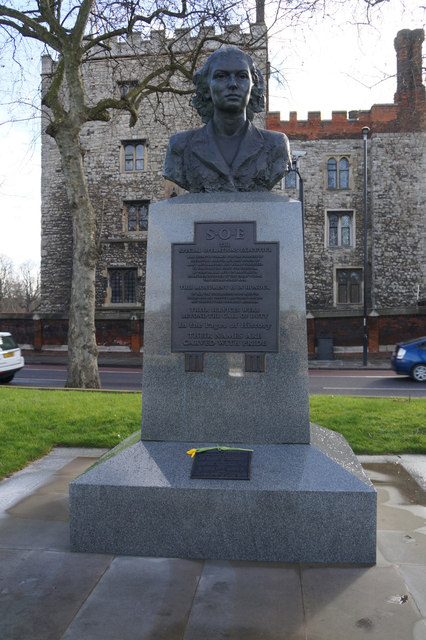 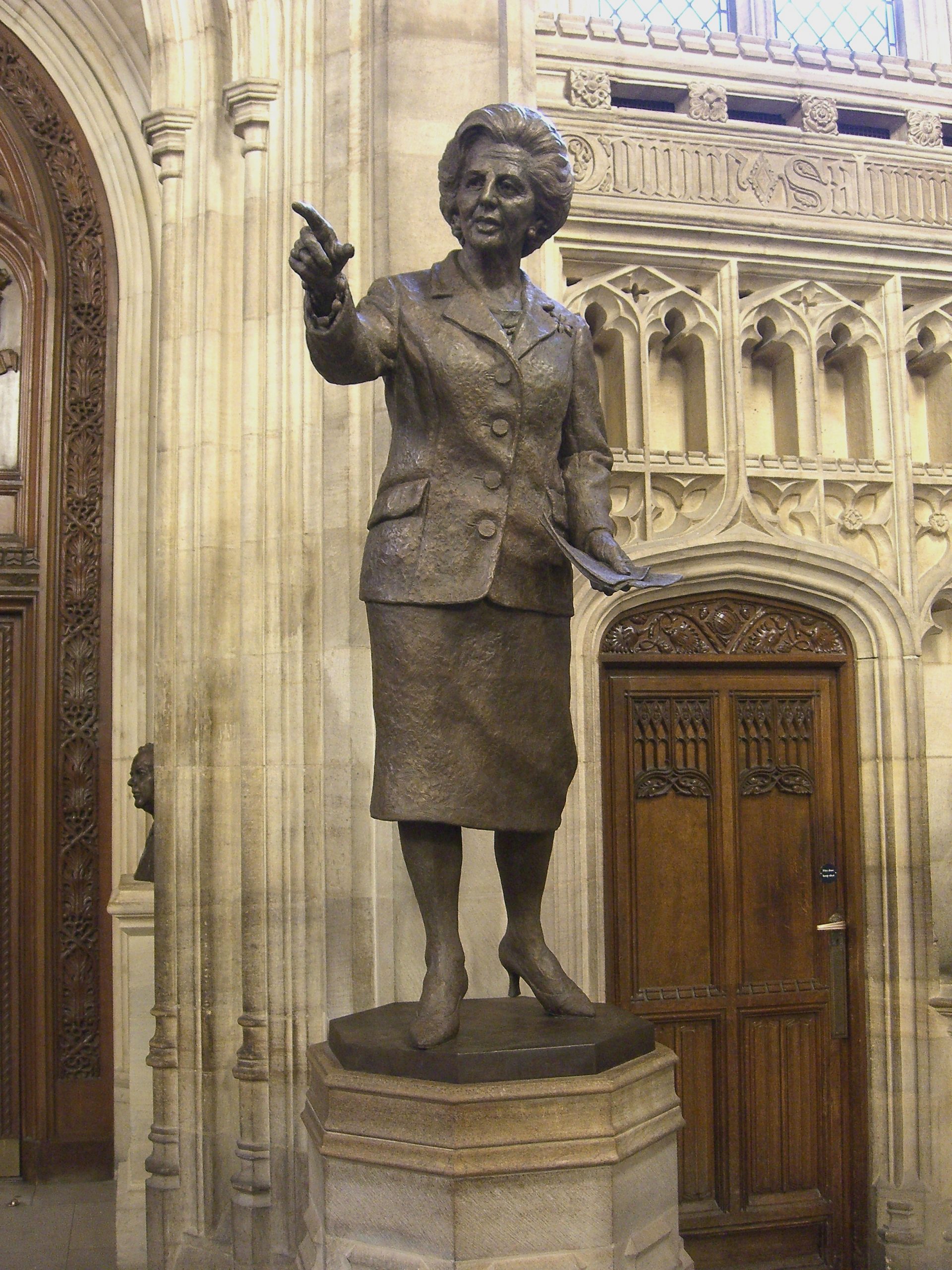 Margaret Hilda Thatcher, Baroness Thatcher (1925-2013) was a Conservative politician. She was MP for Finchley 1959-92 and the first woman to become leader of a major political party in the UK. The longest serving British Prime Minister of the twentieth century, she was also the first woman to hold that office. Her statue in bronze was unveiled on 21 February 2007. 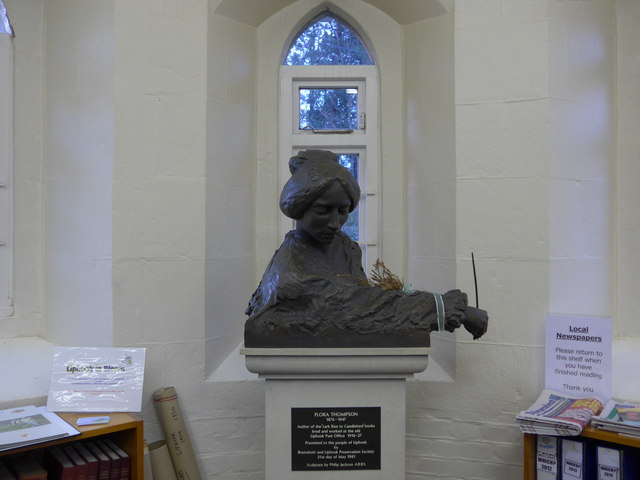 Flora Thompson (1846-1947), postal worker, novelist and poet, best known for her trilogy, Lark Rise to Candleford, much of her writing is autobiographical. She lived in Liphook. Her portrait bust in bronze was unveiled in 1981 outside the Sorting Office, then after being vandalised, it was recast and re-sited inside Liphook Library in 1995. 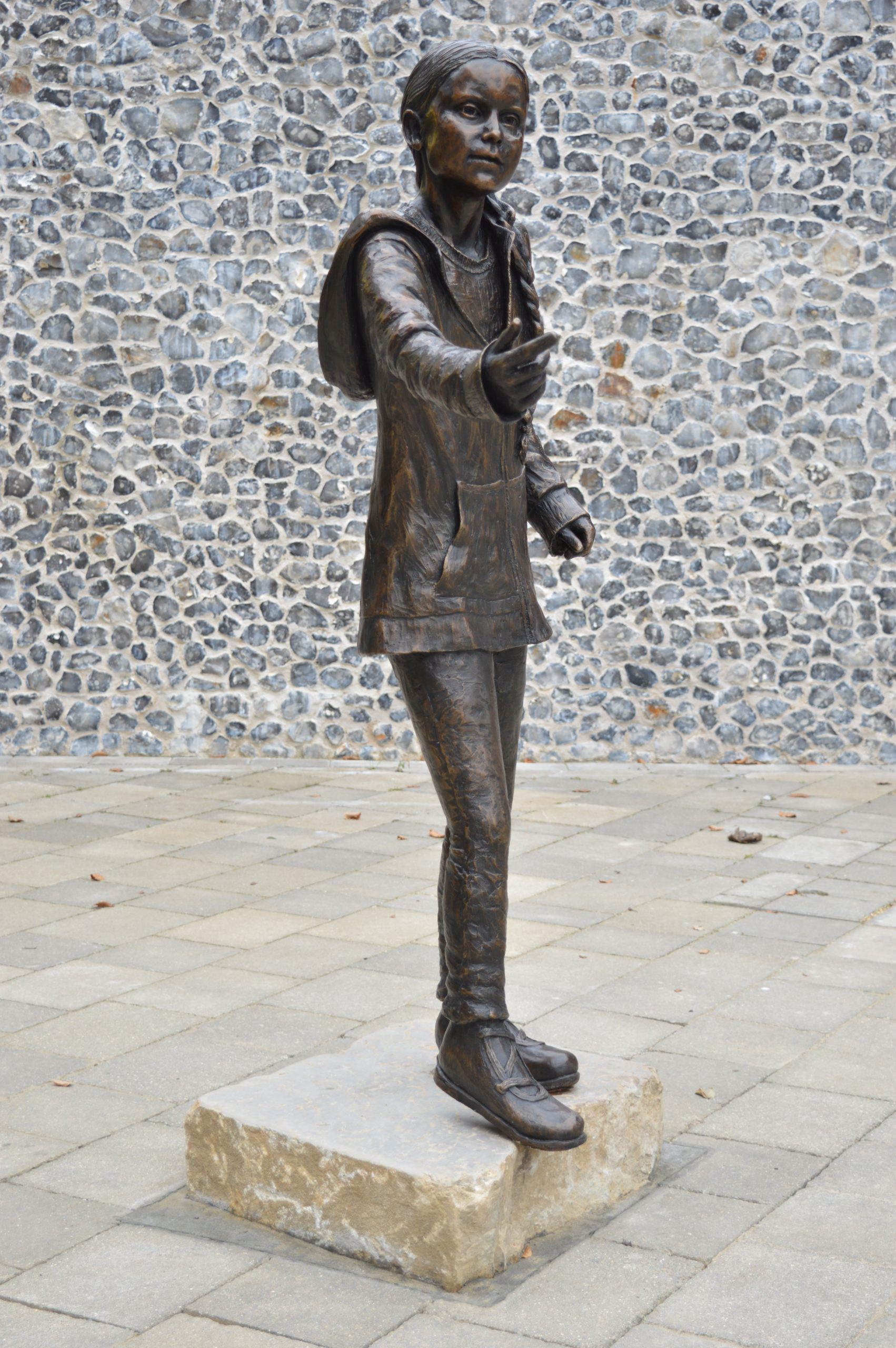 Greta Thunberg (b. 2003), Swedish environmental activist, who campaigns about climate change and holds world leaders to account. She instigated School Strikes for Climate, spoke both at the 2018 UN Climate Change Conference and the 2019 UN Climate Action Summit. In 2019 she was the youngest ever Time Person of the Year. She has been nominated for the Nobel Peace Prize three times.Thunberg is depicted standing on a block of Purbeck stone, one hand clenched, her right arm stretched in front as if persuading people, her face looks as though she will speak with confidence. Charlesworth wanted to show that someone who had problems in life and who found mixing with people difficult, could still talk in public. The statue is designed to inspire other students, who may have their own problems, to take courage. Winchester University is one of the greenest in the country and this statue, called Make a Difference was funded through a percentage for art scheme from the costs of the new building. It was unveiled on 31 March 2021 and is believed to be the first full-size statue of Thunberg.

Harriet Tubman, born Araminta Ross, (c.1820 -1913) an abolitionist and political activist was known as the ‘Moses of her people’. An escaped slave from the South, she was a leading figure as a ‘conductor’ on the Underground Railroad, which helped hundreds of slaves to escape to freedom. During the American Civil War she worked as a nurse and cook, then as an armed scout and spy. She was active in the women’s suffrage movement.  The Harriet Tubman Memorial was commissioned by Kirklees Council as part of Black history month to mark the hundredth anniversary of the her death. Wilks created the concept for the sculpture working with students from the Netherhall Learning Campus, Huddersfield. The plinth on which the portrait bust sits is carved with reliefs inspired by African art and culture. The work in Maltese limestone is signed and dated. It was unveiled on 1 October 2013. 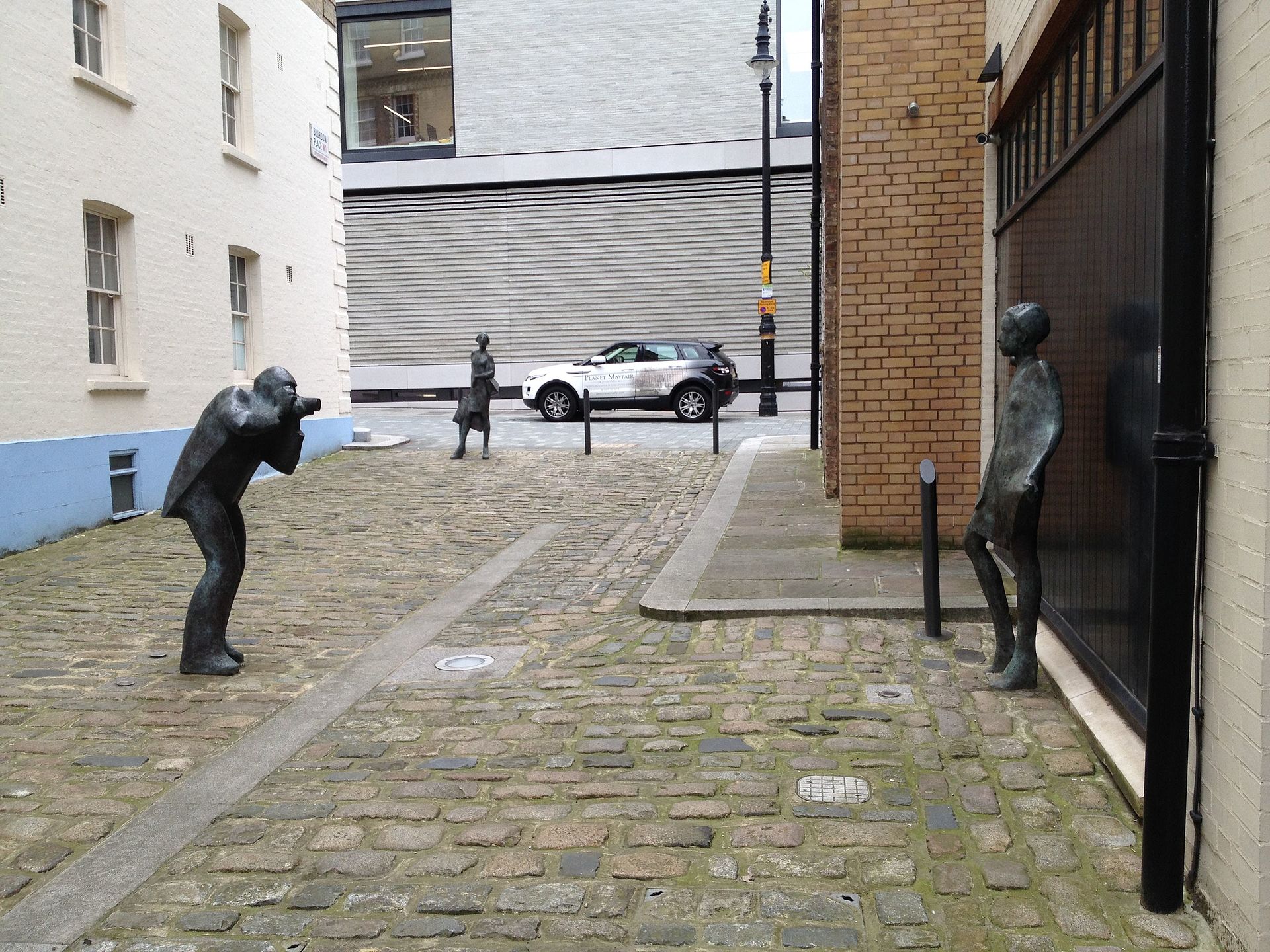 Twiggy (b.1949) This public sculpture is a realistic scene in which a passing shopper comes across Terence Donovan photographing the model Twiggy near to his Mayfair studio in the 1960s. The bronze sculpture was unveiled in 2012.