George Eliot (1819-1880) was the pseudonym adopted by Mary Ann Evans in order for her writing to be taken seriously and published at a time when the idea of a female author would have met with disapproval. For more detail of her life see previous entry. This is a second later bronze cast of the statue in Newdegate Square, Nuneaton, Warwickshire, which was unveiled on 29 August 1996.

Dame Millicent Garrett Fawcett, GBE (1847-1929) was a politician, writer and feminist, who campaigned for women’s suffrage through legal change and was not a militant. From 1897 to 1919, she led the National Union of Women’s Suffrage Societies (NUWSS), which was Britain’s largest women’s rights association. 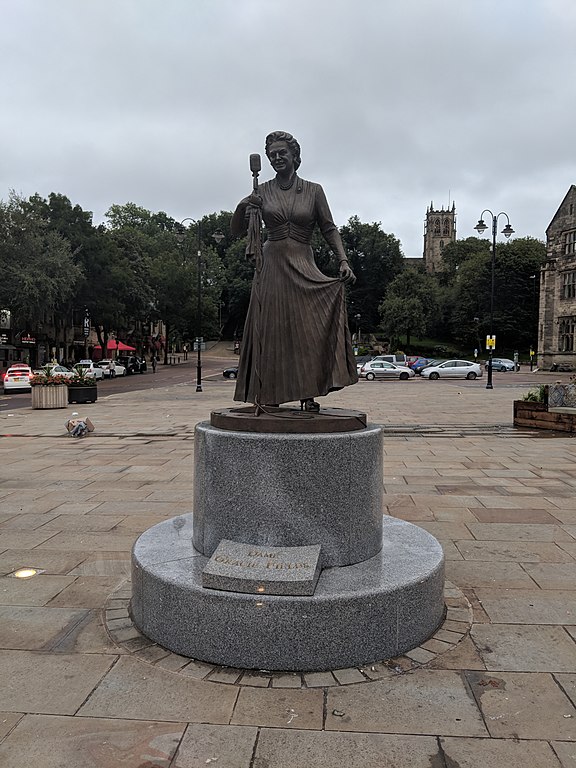 Dame Gracie Fields, DBE (1898-1979) was an actress, singer and comedian. This bronze statue was unveiled in September 2016 to local acclaim. Rochdale was Fields’ hometown, and although she retired to the island of Capri in Italy, she never forgot her roots and often returned. 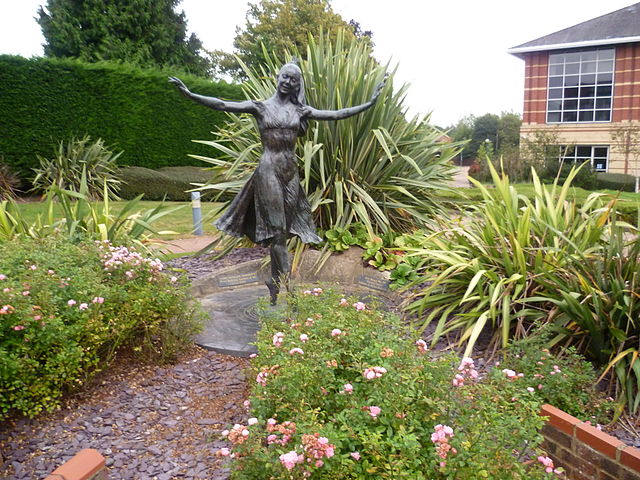 Dame Margot Fonteyn, DBE (1919-1991), prima ballerina. The statue depicts her as the water sprite, Ondine, which was her favourite role. She was professionally paired for some years with the Russian dancer, Rudolf Nureyev. Fonteyn was President of the Royal Academy of Dancing. The bronze was unveiled by Fonteyn herself in 1980, it was commissioned by her international fans. Fonteyn was born in Reigate. 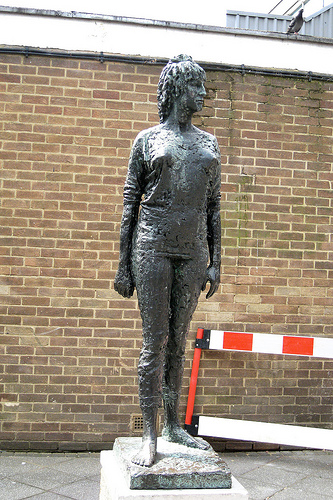 Elizabeth Frink (1930-1993), sculptor and printmaker. This sympathetic portrait statue in bronze by a fellow artist was purchased by the Harlow Art Trust in 1957. The work is Grade II listed and Historic England note that it is unusual to find a public sculpture of a woman artist at this date and that it was an early acquisition for the Trust. 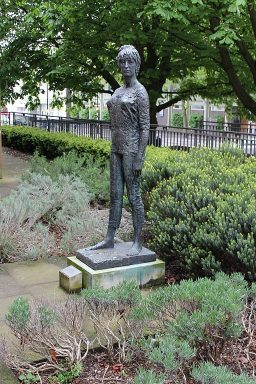 Elizabeth Frink (1930-1993), sculptor and printmaker.  A second cast of the Harlow statue, this bronze was made using the original moulds in 1965. This statue was shown at the Herbert Gallery in an exhibition called ‘Metamorphosis’. It was then placed on permanent display outside the entrance in 1966. 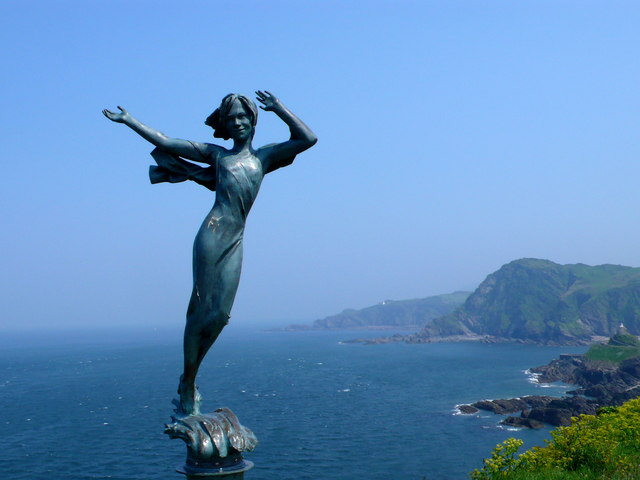 Ekaterine (Kate) Frolov (1986-2000), a poignant memorial to a fourteen year old Russian girl, who was studying English at a language school in the town. She died when she fell from nearby cliffs in the fog. Her family erected this bronze statue which stands over Ilfracombe Bay in 2009. 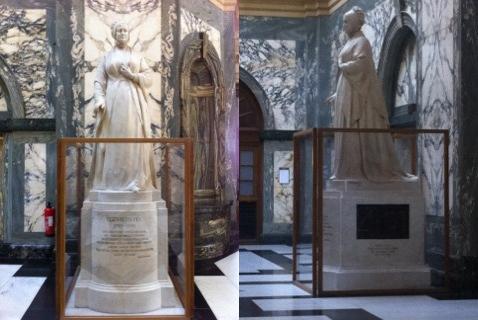 Elizabeth Fry (1780-1845), prison and social reformer, and philanthropist. This marble statue was erected in 1912 in the Old Bailey, which is the site of the former Newgate Prison. 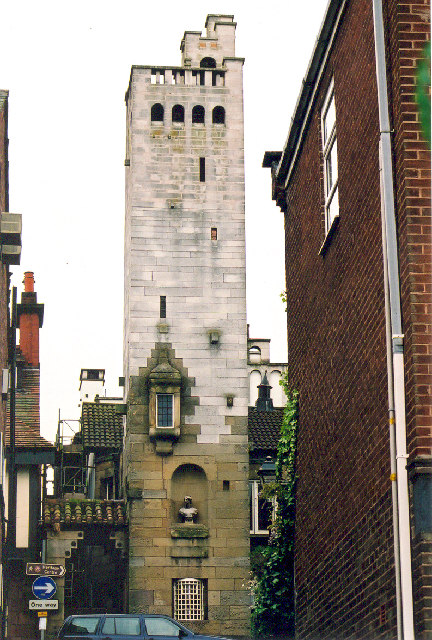 Elizabeth Gaskell (1810-1865), Victorian novelist, biographer and writer of short stories. Gaskell lived in Knutsford with her aunt and later was married there. Her  portrait bust is in a niche on Gaskell Memorial Tower. It is a copy of a bust made in 1897 by Hamo Thornycroft (1850-1925), now at the University of Manchester Library, which itself was a copy of a plaster bust by David Dunbar (1792-1866), which was executed c.1829. The marble (?) bust was in place on the Tower by 1913.

Elizabeth Gaskell (1810-1865), Victorian novelist, biographer and writer of short stories. Gaskell lived in Knutsford with her aunt and later was married there. This bronze portrait relief of Gaskell by the Italian sculptor, Achille D’Orsi, was originally on the front of Knutsford Post Office, but has now moved to right side of Gaskell Memorial Tower.