Euphaim Veatch, Lady Gifford.  Her memorial formed part of a market cross and public well, which was carved by her husband James, the local stonemason in c.1666. The pedestal was originally decorated with statues of Lady Gifford and her five children. The cross was replaced and made into a clock tower in 1894, by which time the figures of her children had disappeared.  Her original carved figure was removed in 1996 to prevent further weathering and is now in the local Graham Institute, West Linton. Lady Gifford’s figure was replaced in 2001 with a cast by Graciela Ainsworth Associates Edinburgh.  The memorial is listed Category B, for further details see listing designation. 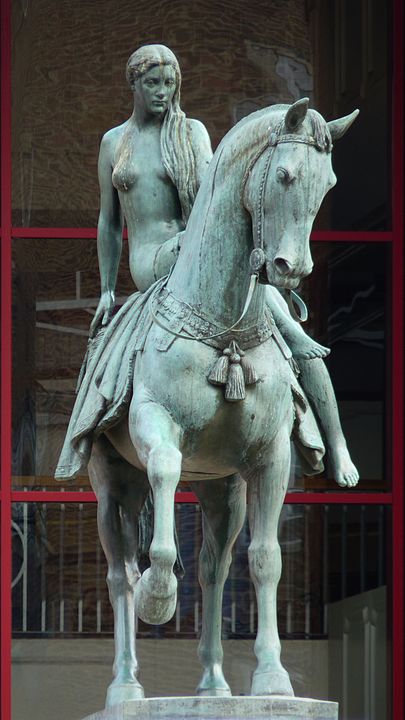 Lady Godiva ( -1067) was a religious woman renowned for her generous gifts to churches and abbeys. Her birth date is unknown, but her marriage to Leofric, Earl of Mercia in c.1035 is chronicled. She was a wealthy landowner in her own right. Godiva pleaded with her husband to reduce the heavy taxes on the people of Coventry and he promised to do so if she would ride naked through the city. She ordered the people of Coventry to stay indoors, cover their windows and close their doors and made a cloak of her hair to cover herself. The story of her ride was first told in the 12th century. This striking lifesize equestrian bronze statue, entitled Self-Sacrifice, representing Godiva on her ride, was sculpted by William Reid-Dick and was commissioned by W.H. Bassett-Green, a Coventry industrialist, who presented it to the city. It stands on a stone pedestal designed by Edward Luytens. The statue was unveiled on 22 October 1949 and is Grade II listed. For further details see George T. Noszlopy, Public Sculpture of Warwickshire, Coventry & Solihull, LUP, 2003, pp. 124-25.

Elizabeth Grant (1842-1925) is depicted with her husband William in a bronze sculpture commissioned by Glenfiddich Distillery, which was unveiled in 2018. The couple married in 1860, founded the Distillery in 1886 and had two daughters and seven sons. Glenfiddich is one of the few single malt distilleries which is still entirely family owned. 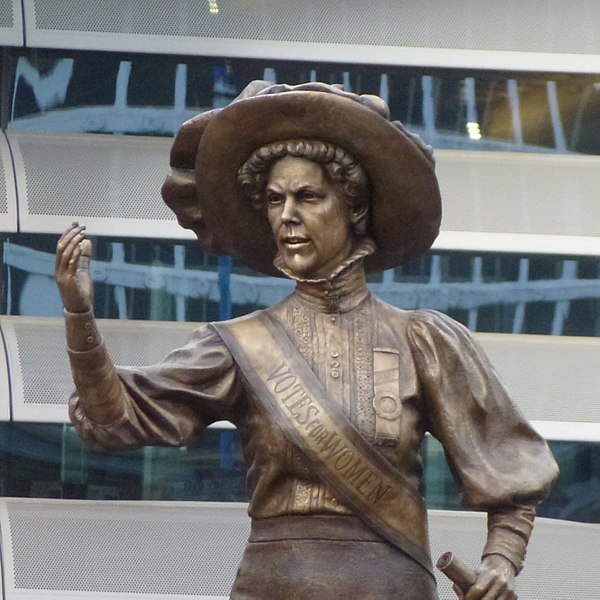 Alice Hawkins (1863-1946), major figure in the Leicestershire Suffrage Society. This bronze statue was unveiled in 2018.

Dolores Ibarruri (1895-1989),  activist, who fought for the Republican cause against Franco in the Spanish Civil War 1936-39. She was known as ‘La Pasionaria’, (the Passionflower). Commissioned by the International Brigade Association of Scotland as a memorial to the 2,100 British volunteers who fought for the Republican cause in the Spanish Civil War. The memorial has an inscription dedicated to the 534 volunteers who died, 65 of whom were from Glasgow. The plinth bears Ibarruri’s slogan ‘better to die on your feet than live forever on your knees.’ Erected in 1979, the statue was created from scrap iron and fibreglass and fell into disrepair, it was restored in 2010.

Location: On the banks of the Clyde between Jamaica Street and Howard Street, Glasgow, Scotland. 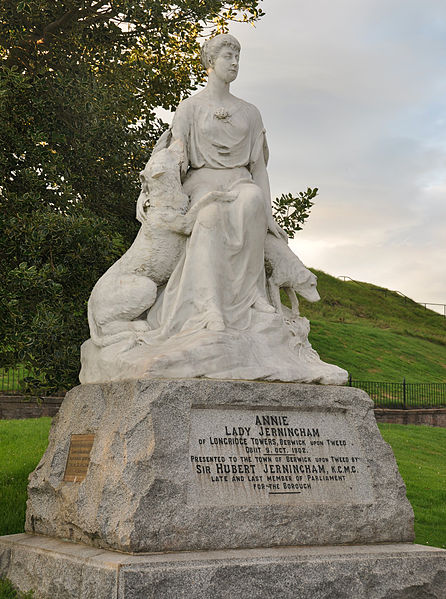 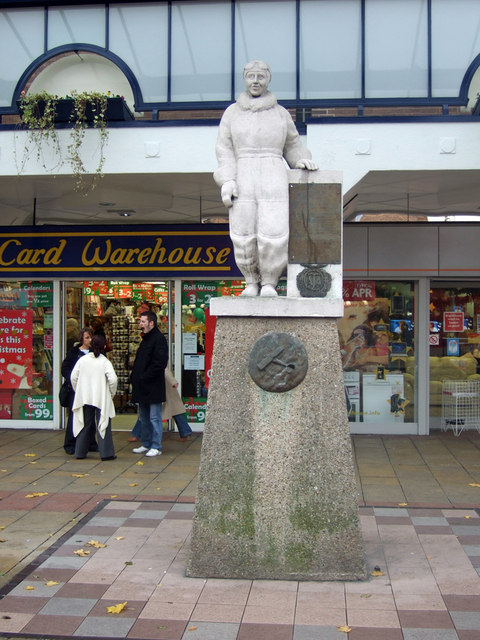 Amy Johnson CBE (1903-1941), pioneering aviator, first woman to fly solo from England to Australia. The statue in Portland stone on a concrete base was erected by the Amy Johnson Memorial Committee on 18 June 1974. 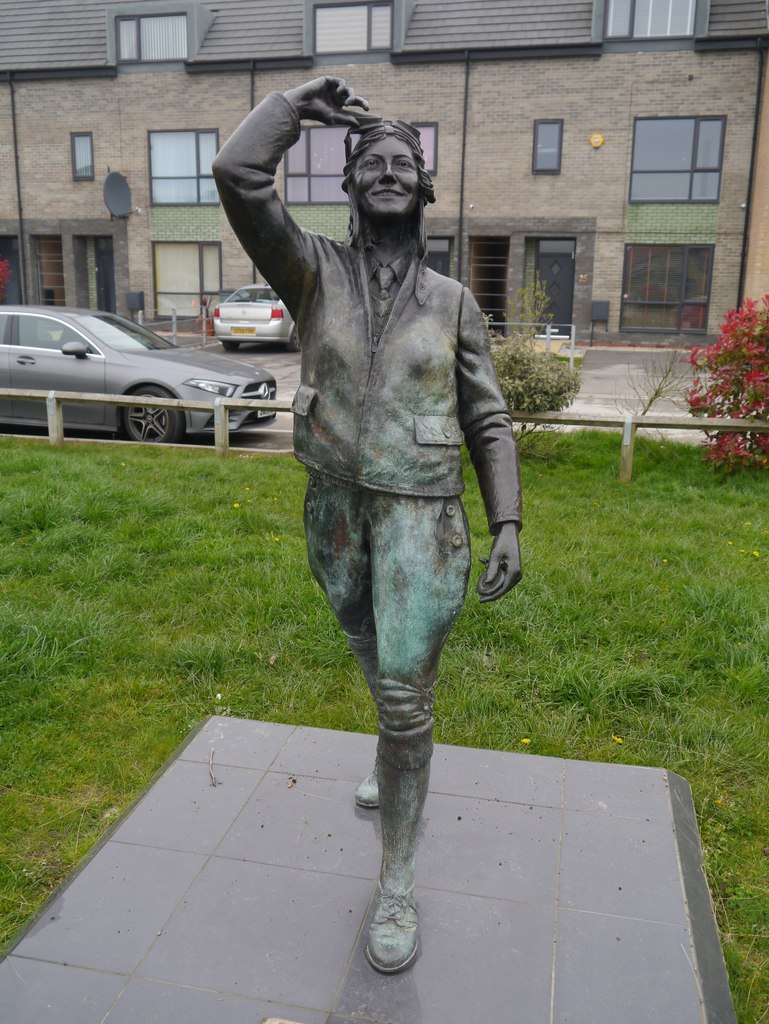 Amy Johnson CBE (1903-1941), pioneering aviator, first woman to fly solo from England to Australia. The statue, a life-size bronze, was commissioned by the Amy Johnson Herne Bay Project, Amy Johnson Festival and Keepmoat to mark the 75th anniversary of her tragic death. It forms the focal point of Keepmoat’s housing development at Hawthorne Avenue, Hull and was unveiled in 2016. Amy Johnson was born in Hull and lived close by. There is an identical cast at Herne Bay, Kent.

Amy Johnson CBE (1903-1941) was a pioneering aviator and first woman to fly solo from England to Australia. She died when her aircraft ditched in the Thames Estuary in 1941, her body and her plane were never recovered. This life-size bronze was commissioned by the Amy Johnson Herne Bay Project, Amy Johnson Festival and Keepmoat to mark the 75th anniversary of her tragic death close to Herne Bay. It was unveiled 17 September 2016. There is an identical cast at Hawthorne Avenue, Hull.