Curating ‘The Colour of Anxiety’: the challenges of crafting an exhibition of 19th century sculpture in 2022

Curating ‘The Colour of Anxiety’: the challenges of crafting an exhibition of 19th century sculpture in 2022

In the second half of the nineteenth century, sculptors began to move away from the whiteness of neo-Classical marble and started to incorporate colour, using bronze, silver, gold, and ivory, as well as semi-precious stones, tinted waxes, enamels, and paint. The adoption of these materials has typically been attributed to renewed interest in medieval history and craftsmanship, the allure of exoticism, and new industrial processes. The impact of profound changes in society, science, gender relationships, imperial rule, and ideas about race has received less attention.

The Colour of Anxiety: Race, Sexuality, and Disorder in Victorian Sculpture (Henry Moore Institute, Leeds, 25 November 2022 – 26 February 2023) looks at the rise of coloured sculpture in relation to widespread anxieties about the disorder resulting from these changes. It focuses on the way that sculptors, most of whom were male, reflected and reinforced these anxieties in their conception of the female body, and how colour became an essential feature of this conception. As fears about the changing role of women, racial intermingling, and “degeneration” of society as a consequence of modern life increased, sculptures of female subjects became more and more sexualised and incorporated colour. Colour in this context was more than just a decorative tool. It was used to give life to the artist’s fantasy of the ideal woman, to convey race, and to evoke symbolic meanings.
Bringing together works that either incorporate colour directly or imply it by means of subject matter and titles, the exhibition aims to draw attention to a fascinating but little-known body of works, and to stimulate new thought about Victorian fascination with colouring people and people of colour.
Co-Curators Dr Nicola Jennings and Dr Adrienne Childs will consider some of the main works presented in the exhibition in relation to these themes, as well as the challenges of curating an exhibition of historical objects which are widely dispersed, have often been in storage or outdoors for many years, and require careful interpretation in the context of current ideas about race and gender identity.

Dr Nicola Jennings is Director of the Athena Art Foundation, a UK charity using digital platforms to engage new audiences with pre-20th century art. She is a former Associate Lecturer at the Courtauld Institute, Director of the Colnaghi Foundation, and Research and Curatorial Associate at Colnaghi Gallery with particular responsibility for sculpture. Nicola’s teaching, research and publications have focused on art in Spain in the 15th, 16th and early 17th centuries, with a special interest in polychrome sculpture, Northern European craftsmen working in Spain, and the patronage of converted Jews. She is leading the Courtauld’s Showcasing Art History Season in 2022-2023.

Dr Adrienne L. Childs is an art historian and curator. She is an adjunct curator at The Phillips Collection in Washington DC. She was the 2022 recipient of the Driskell Prize in African American Art awarded by the High Museum in Atlanta, Georgia. Childs curated the exhibition Riffs and Relations: African American Artists and the European Modernist Tradition, 2020, at the Phillips Collection. The exhibition catalogue Riffs and Relations won the 2020 James A Porter and David C. Driskell Book Award in African American Art History. Her current book project is Ornamental Blackness: The Black Figure in European Decorative Arts, forthcoming from Yale University Press. She has held fellowships at the Lunder Institute at the Colby College Museum of Art, the Center for Advanced Study in the Visual Arts (CASVA), The Hutchins Center at Harvard University, The Clark Art Institute, and the David C. Driskell Center.

Lecture by co- Curators Dr Nicola Jennings and Dr Adrienne Childs on the exhibition ‘The Colour of Anxiety: Race, Sexuality, and Disorder in Victorian Sculpture’ at the Henry Moore Institute, Leeds, 25 November 2022 – 26 February 2023. 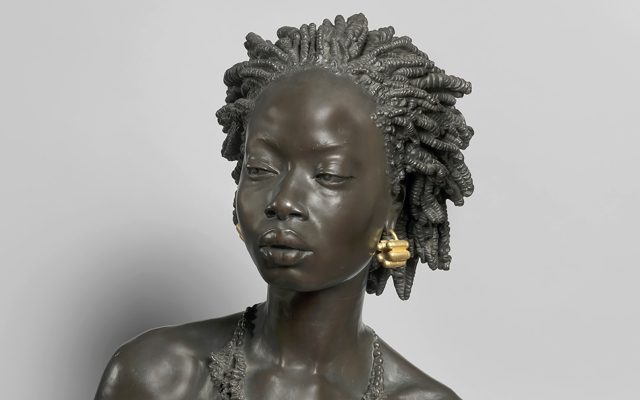