Women woodcarvers and the School of Art Woodcarving c.1879-1930

The School of Art Woodcarving was set up in 1879 and continued to exist until the late 1930s. Many women studied at the School, particularly in the first two decades of its history, and between 1881 and 1915 it was managed by women – initially by Eleanor Rowe, and then by Maria Reeks. Under Rowe’s direction the School flourished, but in 1902 she stepped down. In 1904 a male Principal was appointed, and, although Maria Reeks remained in post till 1915, and other women were on the staff, the institution became increasingly dominated by men. This paper will trace the early history of the School of Art Woodcarving from its foundation in 1879 through till the early 1930s. It explores the popularity of woodcarving with women students in the late nineteenth century, and considers some of the reasons for the lack of linear progress in women’s entry into this area of professional practice.

Ann Compton has published extensively on sculpture and British art, and was project originator and director of the digital humanities research programme Mapping the Practice and Profession of Sculpture in Britain and Ireland 1851-1951. She is currently writing a history of sculpturally related businesses in Victorian and Edwardian Britain. Her recent publications include ‘Revisiting the relationship between art and industry in nineteenth-century Britain from the manufacturer’s perspective’, Sculpture Journal, 30.1.3, 2021, and an essay on art in the public realm for G. Evans, The Cardiff Tapes (2019), Chicago: Soberscove Press, (2022).

Women wood carvers and the School of Art Woodcarving c.1879-1930 by Ann Compton 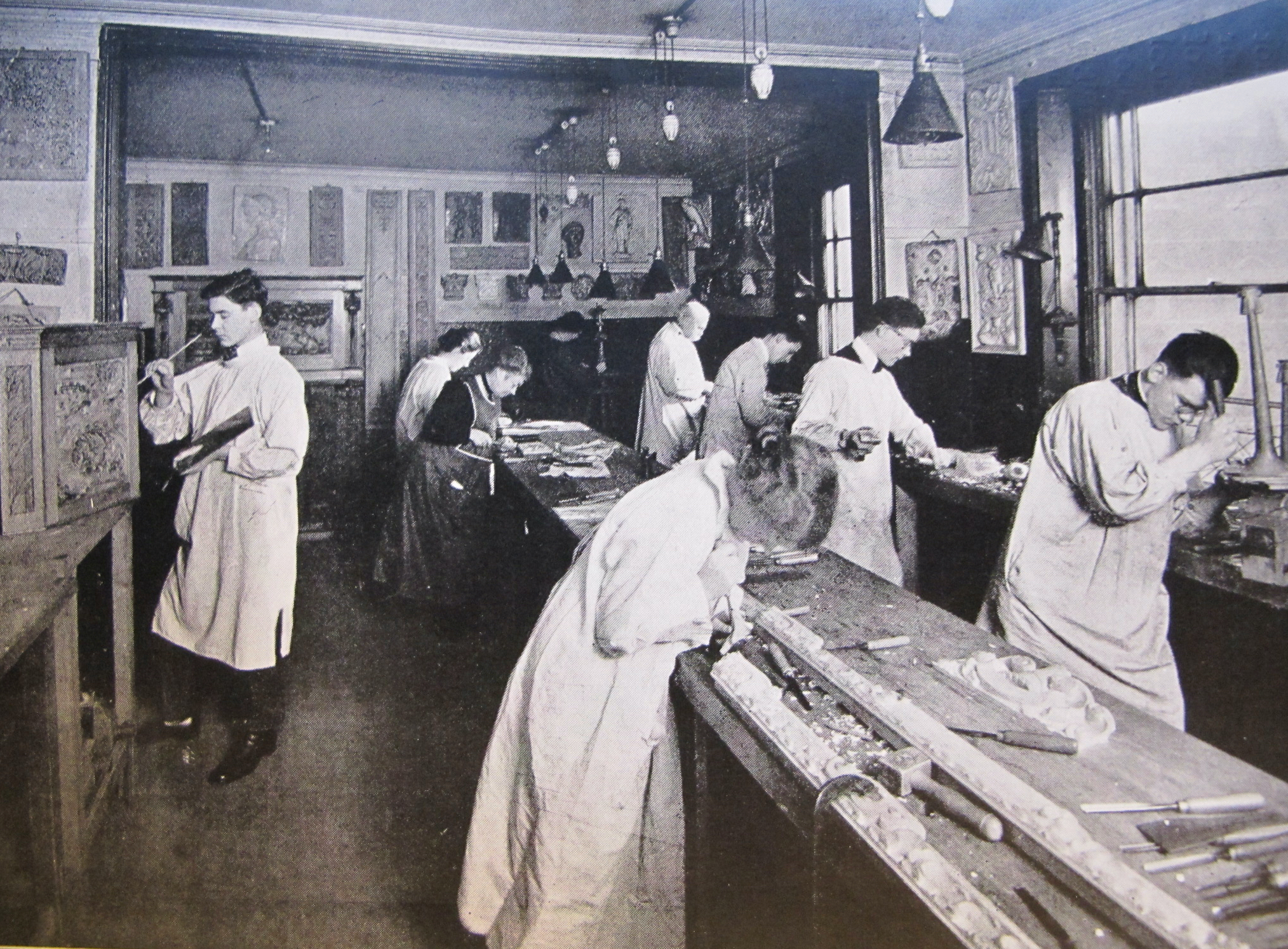