A Life in Relief – Women Sculptors at The Fine Art Society

Although gender played no part in my selection of the works shown in the
1986 Fine Art Society exhibition ‘Sculpture in Britain Between the Wars’,
it included work by nine women. A fact that has since been commented
upon, though at the time few people could name a woman sculptor of the
period apart from Barbara Hepworth, and perhaps Kathleen Scott. By the
mid-1980s the interwar period had become a part of history
but several of these women – Dora Gordine, Mary Spencer Watson, Joyce
Bidder (and her friend Daisy Borne, whom I did not know at the time) –
were still alive and I got to know and visit them. It is memories of
sleuthing the exhibits as well as their creators, which will emerge from
the discussion between Philip Attwood and myself. Peyton Skipwith

Peyton Skipwith joined the staff of The Fine Art Society in 1961
straight from national service. The FAS had not moved with the times
and was the one gallery that continued to show works of late nineteenth-
and early twentieth-century British painters and sculptors, attracting
the attention of a new generation of scholars and collectors. In 1968
they mounted the ground-breaking exhibition ‘British Sculpture
1850-1914’, curated by Lavinia Handley-Read, followed in 1983 by a
smaller exhibition to launch Susan Beattie’s The New Sculpture and in
1986 Peyton, assisted by Ben Read, curated ‘Sculpture in Britain Between
the Wars’, which included works by a number of women sculptors including
Joyce Bidder, Dora Gordine and Mary Spencer Watson, who were still alive
and became friends. He contributed essays to the books on the work of
Gilbert Bayes (1998) and Mary Spencer Watson (2006) and has recently
written the new guide to Holy Trinity Sloane Street with its wealth of
sculpture by F.W. Pomeroy, Harry Bates and others.

Philip Attwood worked in the Department of Coins and Medals at the British Museum from 1979 to 2020 and was Keeper from 2010. His many books and articles include the exhibition catalogue Artistic circles: the medal in Britain 1880-1918 (1992), Italian medals, c.1530-1600, in British public collections (2003), and Hard at work: the diary of Leonard Wyon 1853-1867 (2014). He is editor of The Medal, the journal of the British Art Medal Society, and president of the Fédération Internationale de la Médaille d’Art (FIDEM). He is currently working on books on coin- and medal-designers Mary Gillick (1881-1965) and Frank Bowcher (1864-1938). Philip is Honorary Research Fellow at the British Museum.

An online Zoom discussion, free for PSSA Members. £3.50 for non-members (join the PSSA). 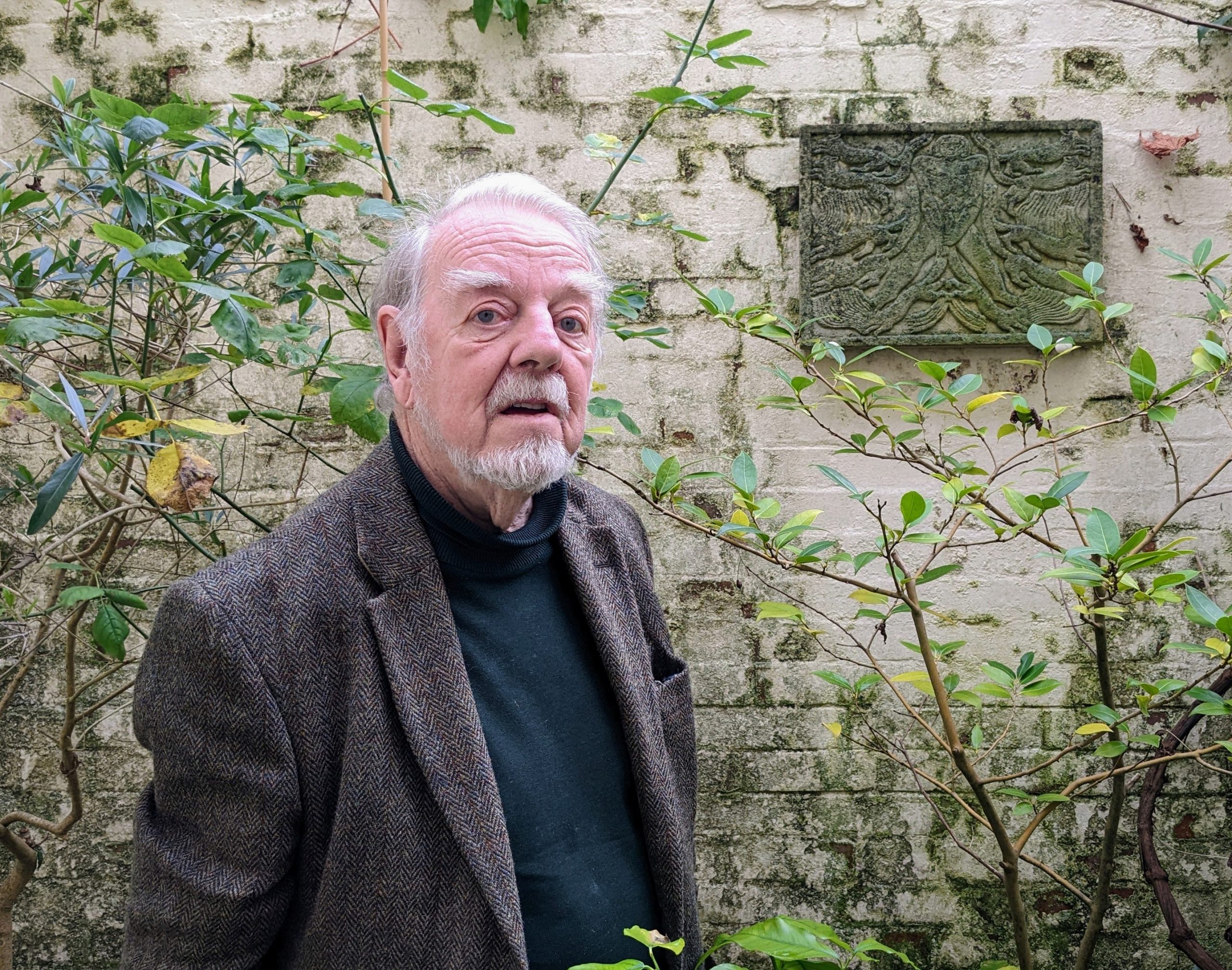 Peyton Skipwith with a relief by Adolfine Ryland in the background (photo: Philip Attwood).