The short but densely packed life of Marcello – male pseudonym chosen by Adèle d’Affry, Duchess Castiglione Colonna by marriage, on the eve of her first appearance at the Paris Salon of 1863 – provides a fascinating example of what it took for a woman to make a career in the fast expanding art world of the mid-19th century. Born into a patrician Swiss family, married into Roman nobility and widowed shortly thereafter, Marcello’s trajectory as an artist starts in Rome in 1856-7, moving on to Paris during the height of the Second Empire along with frequent returns to the Eternal City and a peripatetic lifestyle. Denied access to the (as yet all-male) academy, she originally trains in the Roman workshop of Swiss sculptor Heinrich Maximilian Imhof, builds an extended circle of artist colleagues (incl. Carpeaux and Clésinger, Hébert, Fortuny and Regnault to name but a few) and skilfully uses her extended social networks to obtain commissions and gain visibility for her work. A voyage to Spain in 1868 in the footsteps of her literary friend Prosper Mérimée marks a turning point and is followed by an intensely creative period in Rome culminating in her chef d’oeuvre La Pythie, purchased by Charles Garnier for the new Paris Opera. The final decade of her life is overshadowed by a steady decline in health, leading to her early death of tuberculosis at the age of 43. During these years she attempts to expand her practice to painting, bringing her into contact with Courbet, Manet and the young Berthe Morisot.

The talk will cover the milestones of Marcello’s vita and oeuvre, and the strategies she deployed to build her career and plan for her legacy.

Magnus von Wistinghausen is a descendant of the d’Affry family and a trustee of the Fondation Marcello, based in the artist’s home in Fribourg (Switzerland) containing her studio. The Fondation holds an extensive collection of her works and archives, including 3,000 letters and other material documenting the artist’s life and practice.

Marcello (1836-79): Making a career in sculpture as a woman in the mid-19th century
by Magnus von Wistinghausen

An online Zoom talk, free for PSSA Members. £4.00 for non-members (join the PSSA). 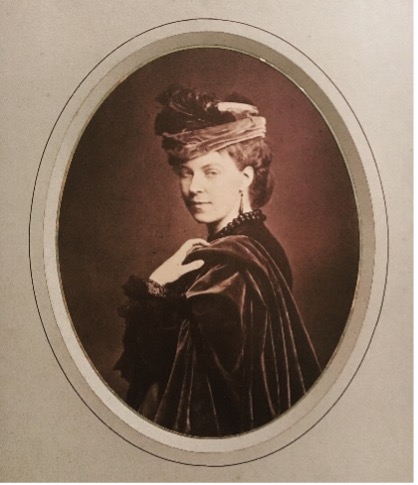