Cecil Rhodes and Other Statues. Dealing Plainly with the Past

Robert Calderisi has written a timely short biography of Rhodes in the light of the current controversy concerning his statue on the façade of Oriel College by Henry Alfred Pegram (1862–1937); the campaign known as ‘Rhodes Must Fall’ began in 2015. The author is himself a Rhodes scholar, a beneficiary of Cecil Rhodes’s generous bequest to the University of Oxford.

Calderisi puts the ‘Rhodes Must Fall’ campaign into the wider context of public sculptures under threat in Britain and the United States. The debate about toppling statues was inflamed by the killing of George Floyd in Minneapolis in June 2020. Calderisi’s book constructively analyses the controversies of Rhodes’s life and discusses other memorials to him in South Africa, such as the monument on the campus of the University of Cape Town.

Cecil Rhodes (1853–1902) was an exceptional individual, going out to South Africa to join his two elder brothers at the age of seventeen. Twenty years later he had created De Beers, a company that controlled 90% of the world’s diamond production. He was a firm believer in the British Empire, becoming prime minister of the Cape Colony, one of the four territories which would form the Union of South Africa. His prominence as a public figure led to Rhodesia (now Zimbabwe) being named after him. But in Calderisi’s words he was ‘a bully and a buccaneer’, and an aggressive imperialist, holding views and behaving in a way which would be unacceptable today.

This study is not primarily about monuments to Rhodes, but about his legacy as a donor and the role he played in South Africa. Despite dying at the relatively early age of 48 he profoundly and ruthlessly affected the industry and people of South Africa at a time when not only Britain, but other Western European powers were exploiting the resources and the people of the African continent. Rhodes’s vast fortune led to the prestigious scholarships in his name being awarded to innumerable international scholars, many of whom are listed in the Annex to the book.

This is a thorough and helpful account of Rhodes, though unfortunately it does not include any illustrations – indicating that its thrust is biographical, rather than art historical. The layout is relatively plain but includes endnotes and a bibliography, and is thus a useful handbook for anyone wishing to learn more about this complex man. 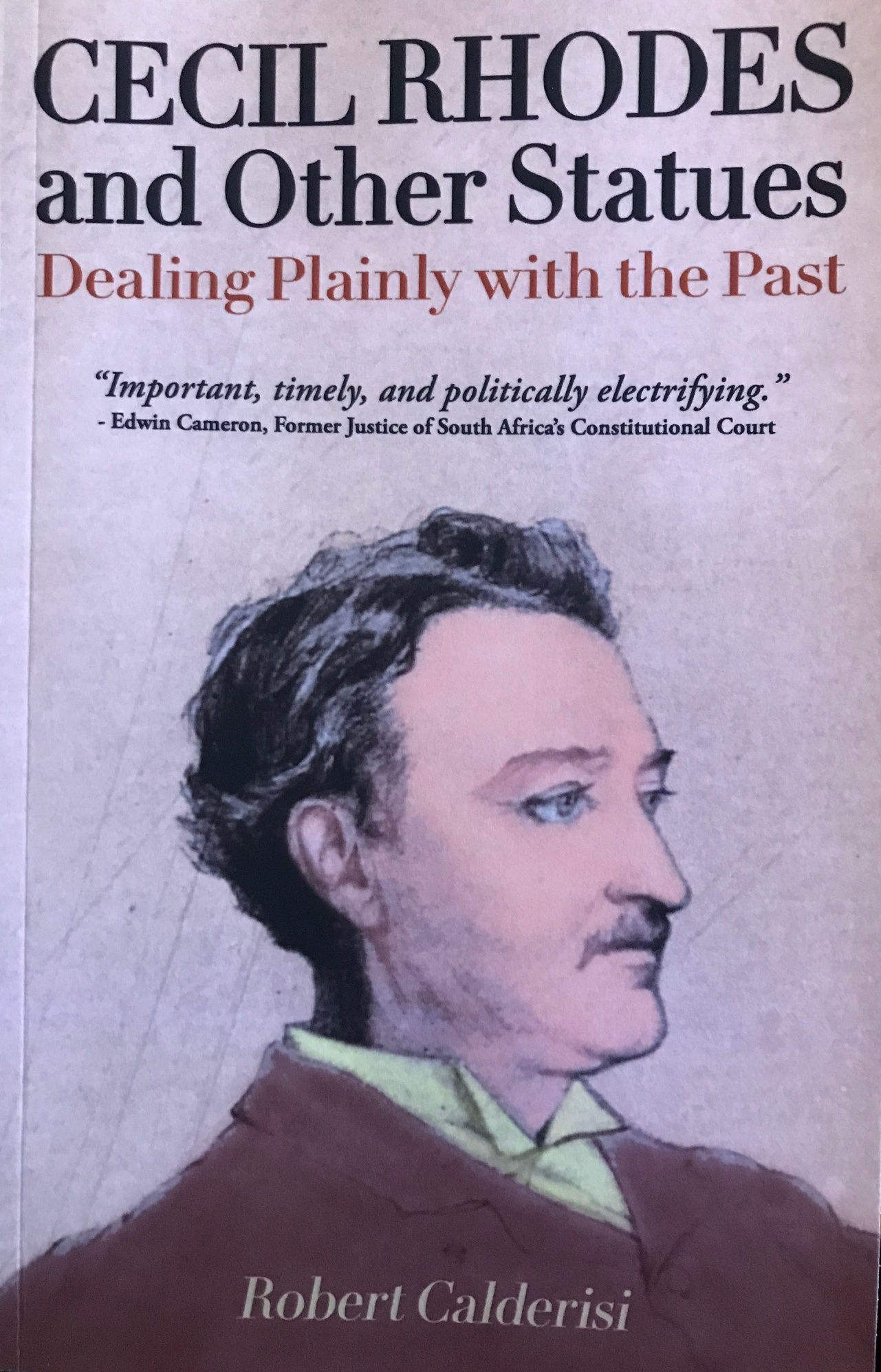