Rebirth of a Collection. The Plaster Casts of the Museum of Fine Arts, Budapest in the Renewed Star Fortress in Komárom

The re-display of plaster casts from the national collections in Hungary is celebrated in this beautifully produced exhibition catalogue, which incorporates seven fascinating essays on the history of the cast collections and their display, along with 38 catalogue entries on selected casts. The collection’s history is complicated: it originated in the Hungarian National Museum, which had been founded in 1802. From 1869 onwards several hundred plaster casts of antique sculptures were acquired for this Museum by its visionary Director Ferenc Pulszky, who was partly stimulated by those cast collections he had seen in London, where he had been exiled in 1851. In the late nineteenth century these classical casts were to be transferred to the newly-established Museum of Fine Arts in Budapest, which opened in 1906. Further casts of medieval and renaissance sculptures were acquired, and indeed commissioned by, the Museum of Fine Arts from 1902 to 1913.

But during the twentieth century (as was the case with so many other European and American cast collections), the casts fell out of favour, and were somewhat neglected. Some were dispersed to regional collections, others put into storage. When the Second World War broke out the treasures from the Museum of Fine Arts were taken to safety, while the plaster casts remained on site to suffer their fate in the Romanesque Hall and the Renaissance Hall of the Museum. Following bombing the skylights of both these Halls were broken, and the casts exposed to the elements. Moving photographs of the Renaissance Hall in the winter of 1945 show the casts covered in snow. Surprisingly however most of the casts survived the war. Nevertheless, they were not generally cherished. Most of the medieval and renaissance casts were crammed into the Romanesque Hall in poor conditions and were not seen by the public. Conversely a few of the classical casts were displayed in a former synagogue in Tata, and some relating to Hungarian works went to the Hungarian National Gallery. But they were in need of conservation and were returned to the Museum of Fine Arts in preparation for their renewed display from 2017 onwards.

The title of this splendid book indicates the renewed attention and affection which casts have attracted in the last two decades or so. And this is the case not just in Hungary, but in Paris, Berlin and London, where cast collections have likewise been re-assessed and sympathetically re-displayed. The Hungarian collections are of the first importance and have been sensitively cleaned and conserved for display. The Star Fortress at Komárom, some 80 kilometres from Budapest, has been imaginatively restored and renovated as an exhibition area for many of the casts; others are in the National Museum Conservation and Storage Centre in Budapest, on display as open storage. The cast collection includes pediment sculptures from the ancient temple of Aphaia at Aegina and reliefs from the Parthenon. Among the plasters of renaissance sculptures are Verrocchio’s monumental equestrian statue of Bartolomeo Colleoni (11 metres high with its plinth), Donatello’s Gattamelata (8 metres high) and Peter Vischer’s Tomb of St Sebaldus. These are just a few examples of the major works in this collection. Both the photographs and scholarly text of this book will surely inspire people to visit Hungary, reminding us of the central importance plaster casts have played and still play in the history of art and their dramatic impact today. 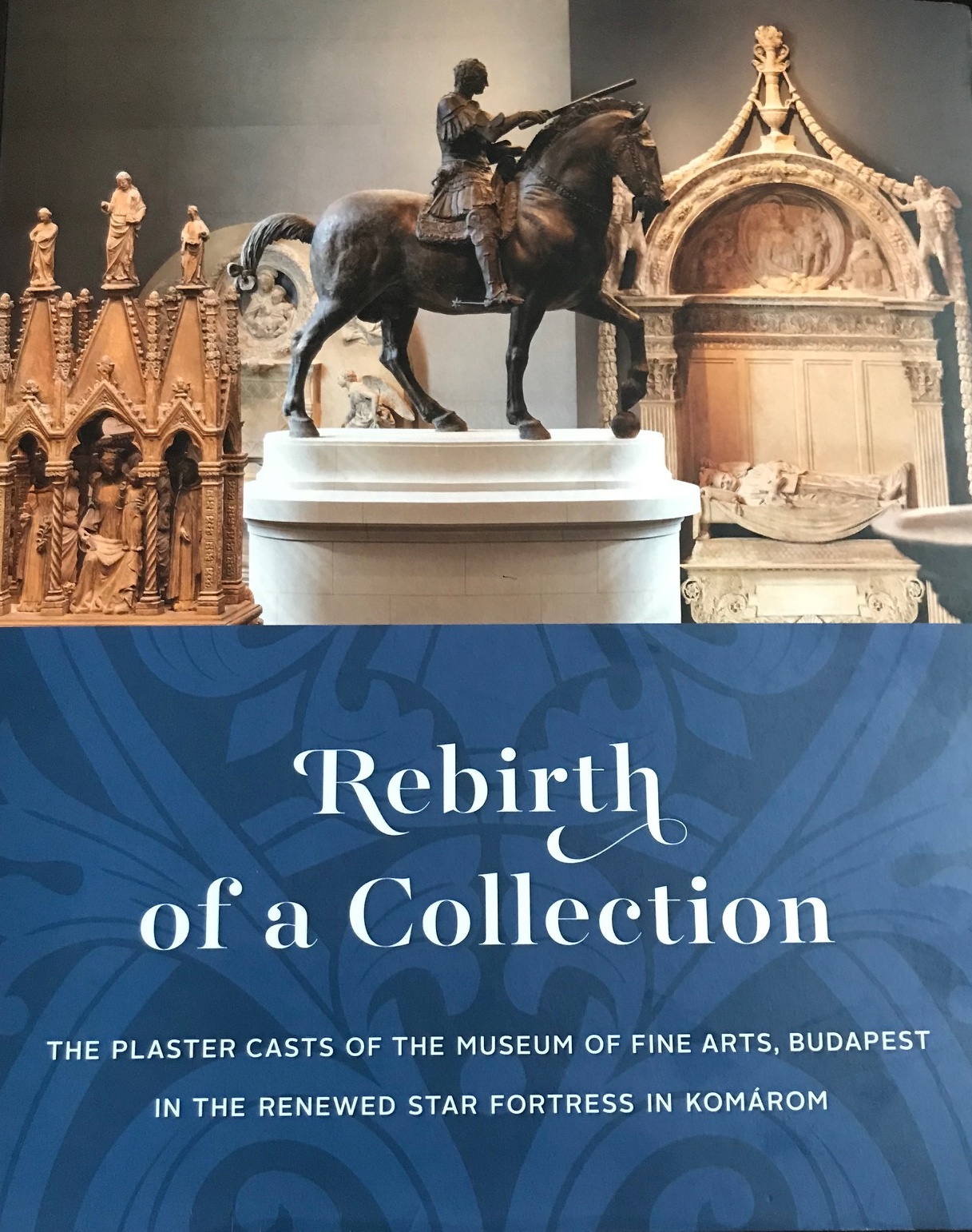